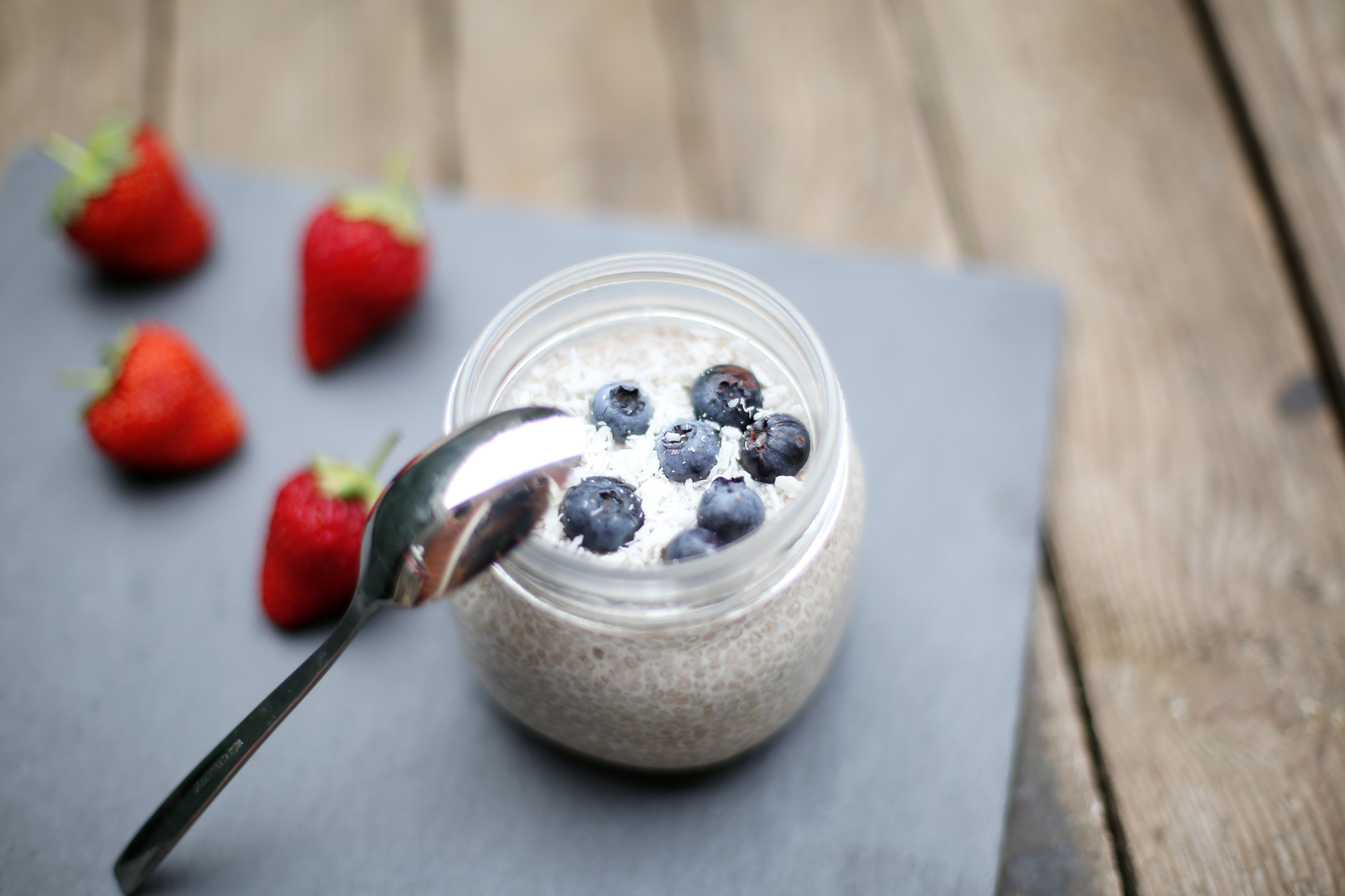 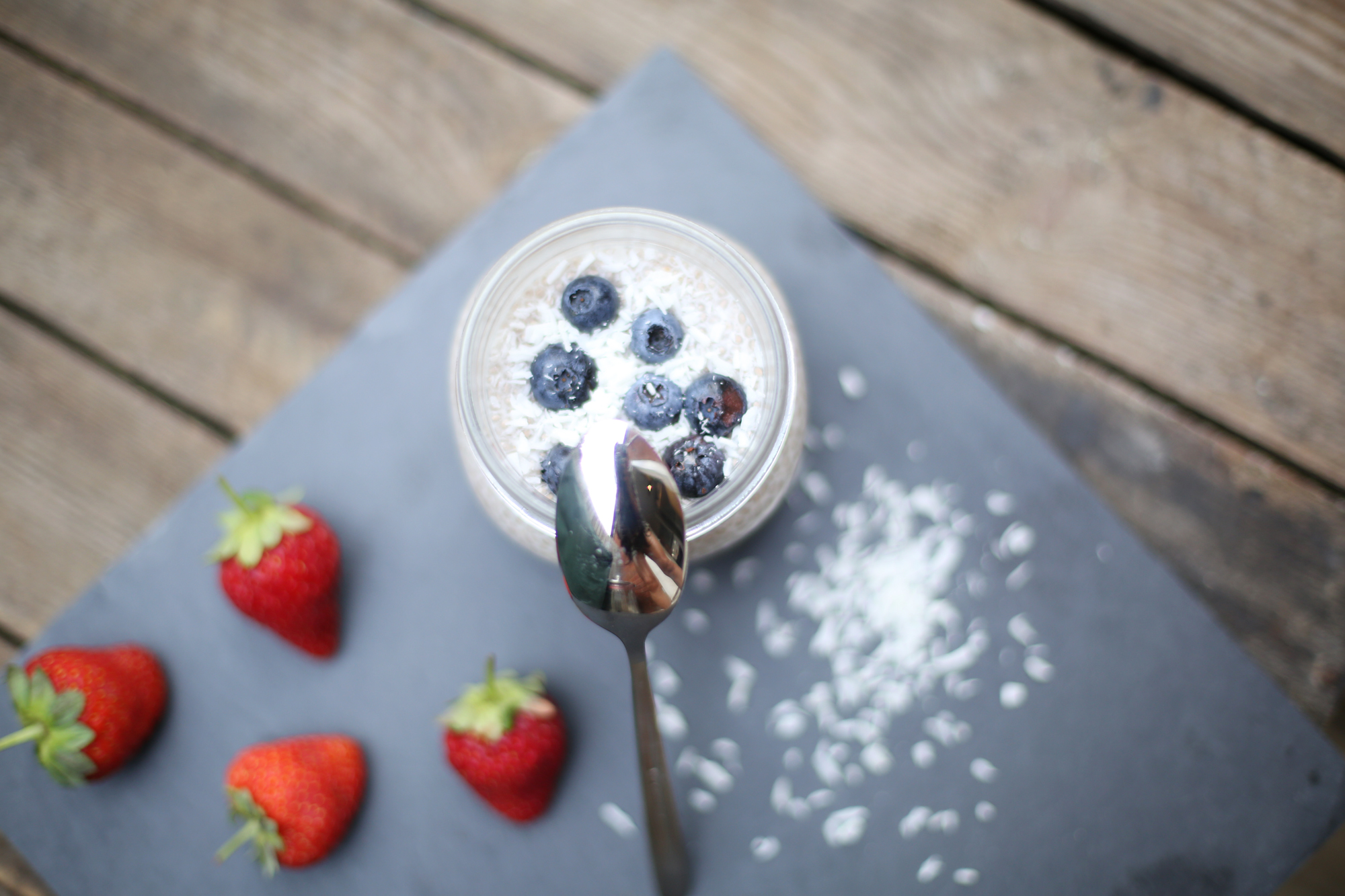 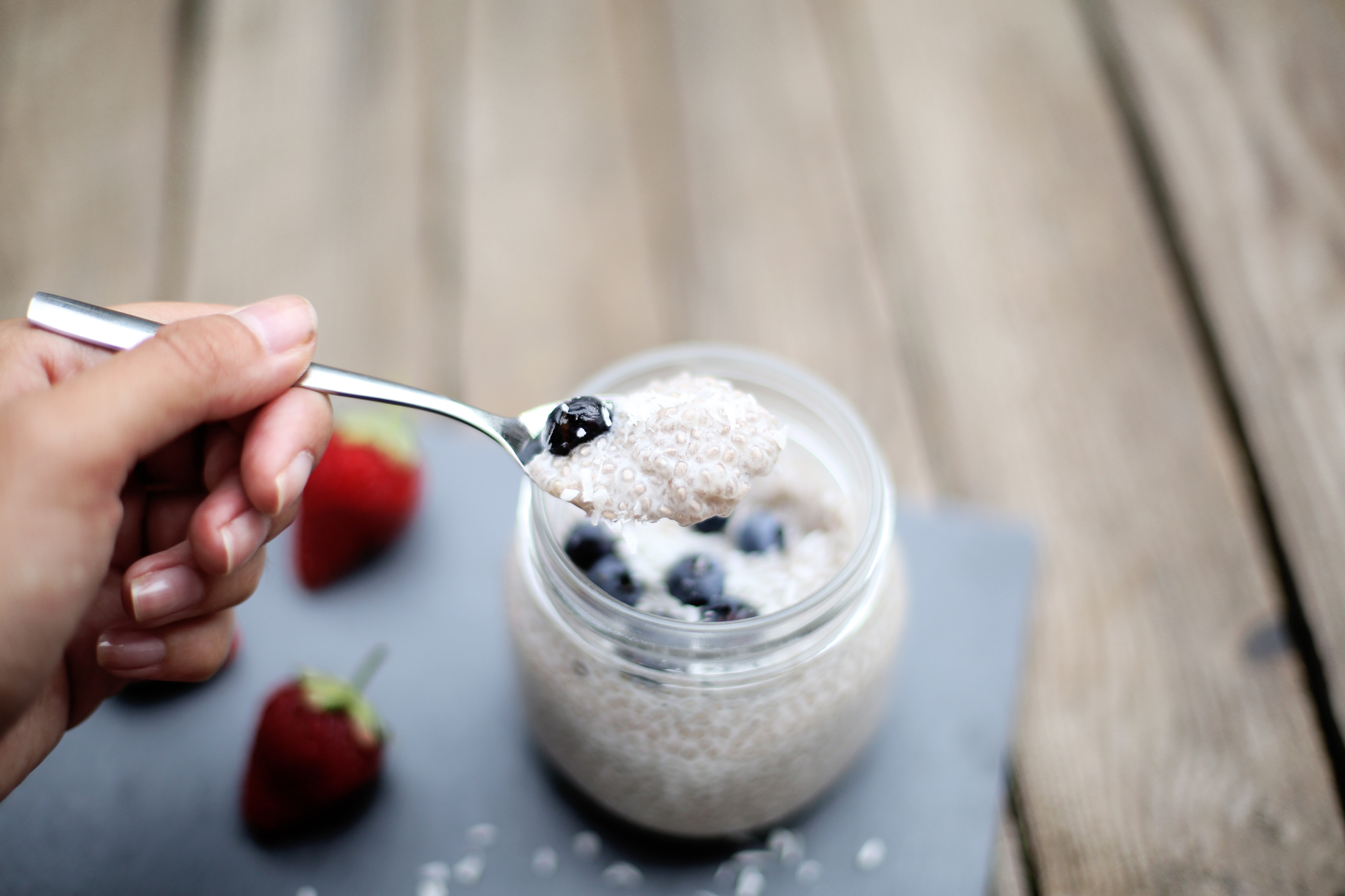 It wasn’t a conscious decision to avoid Chia Seed pudding, I just never thought it would be as great as everyone made out. I find that lots of people rave about things, sometimes more so to convince themselves rather than anyone else. However, Chia Seed Pudding was not one of those things.

Last week whilst picking up my weekly flowers I found myself randomly purchasing up a bag of Chia Seeds, which are nothing short of eye-wateringly expensive. Well the ones I bought were anyway, especially on such an impulse. They sat in the cupboard until I came home yesterday with my sweet tooth on full alert. ‘Ignore the Macarons in the freezer Lydia, you can do this!” I told myself. So I decided to give this pud a whirl.

Using what I had in the cupboard the ingredients were as follows:

1 Cup of Almond milk (I use Blue Diamond Unsweetened Almond Milk, but you can also use Coconut)

a handful of blueberries

Pop it all into a Kilner Jar, I use these because they have a lid so when you shake them up, which you will need to do once you have added all the ingredients, you don’t end up wearing a Chia Seed Pud Suit.

Leave in the fridge over-night and enjoy for breakfast the next morning (following another little shake of course).