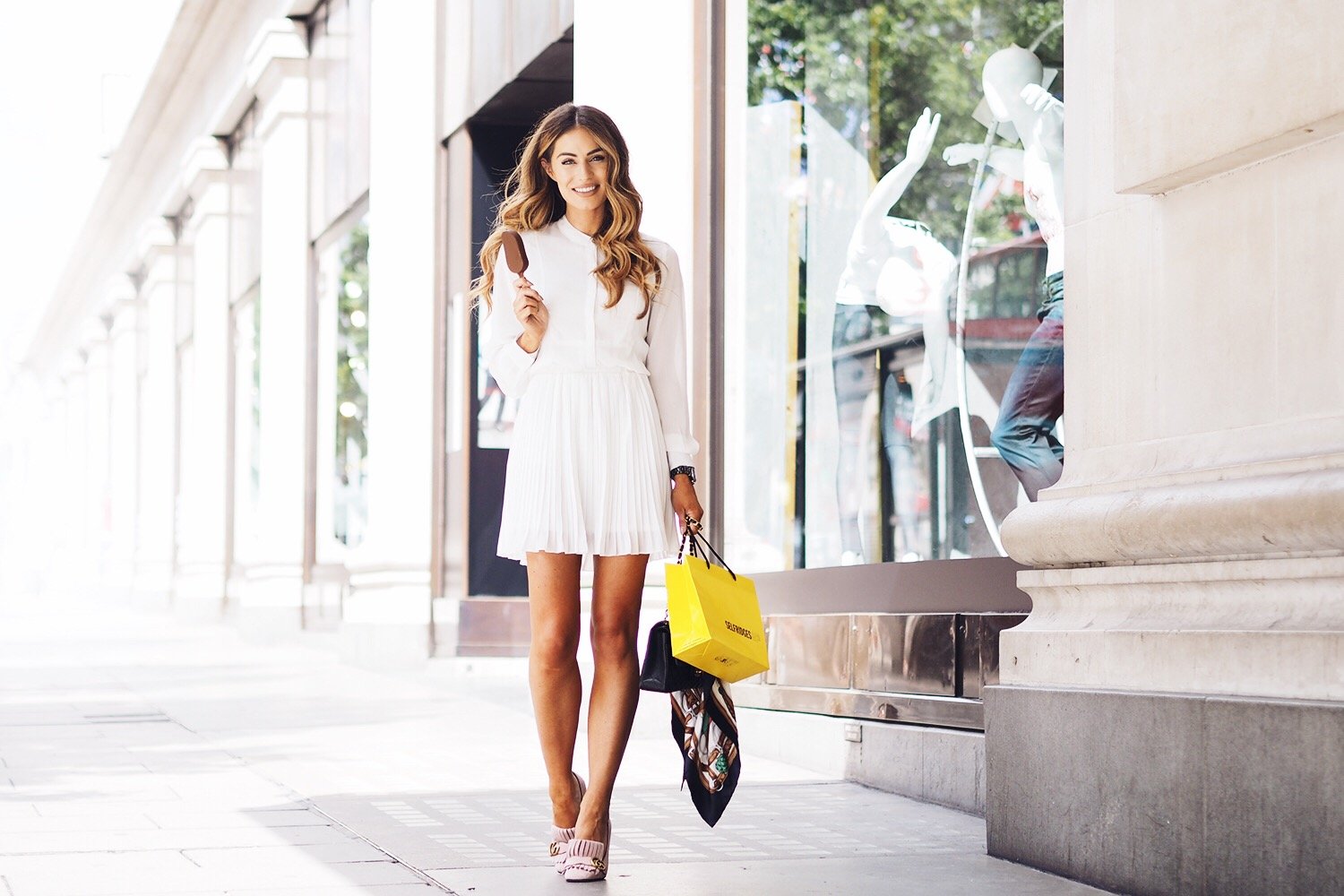 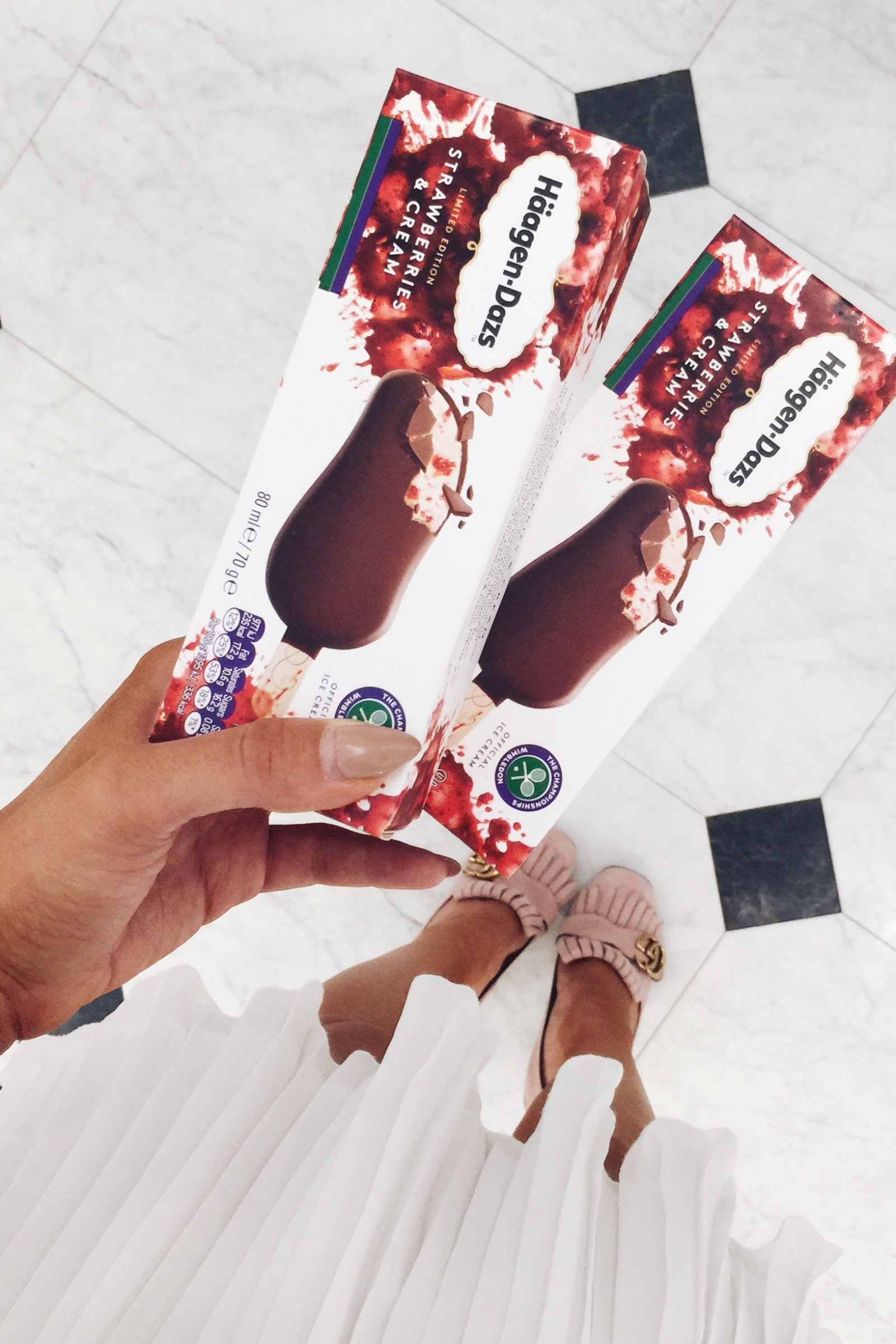 Ali and I arose early yesterday morning to catch a train down to London for a day at Wimbledon Centre Court, coming from a family of keen tennis players (I played tennis before I even laced up my ballet shoes) I was eager to arrive. We were lucky enough to be attending with Häagen-Dazs, one of Ali and I’s favourite treats. This year marks their first year as the Official Ice Cream of The Championships and sees them launch their #LoseYourself campaign, in Celebration of The Championships most intense moments. What’s more, they’ve also unveiled the new Strawberries & Cream Stick bar, which will be exclusively sold on-site and in Selfridges stores. Ali and I were lucky enough to be among the first people in the UK to try it on Monday morning! 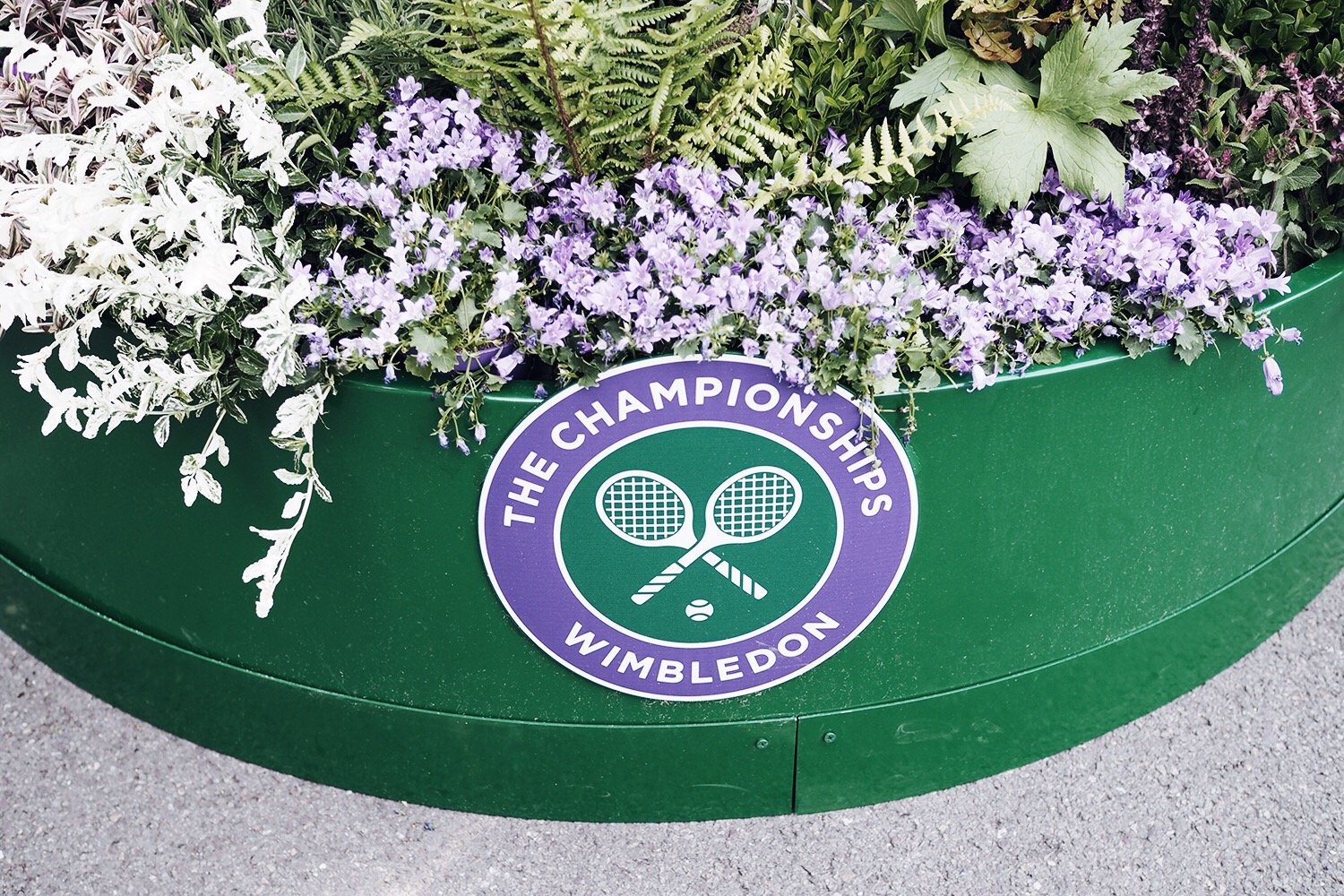 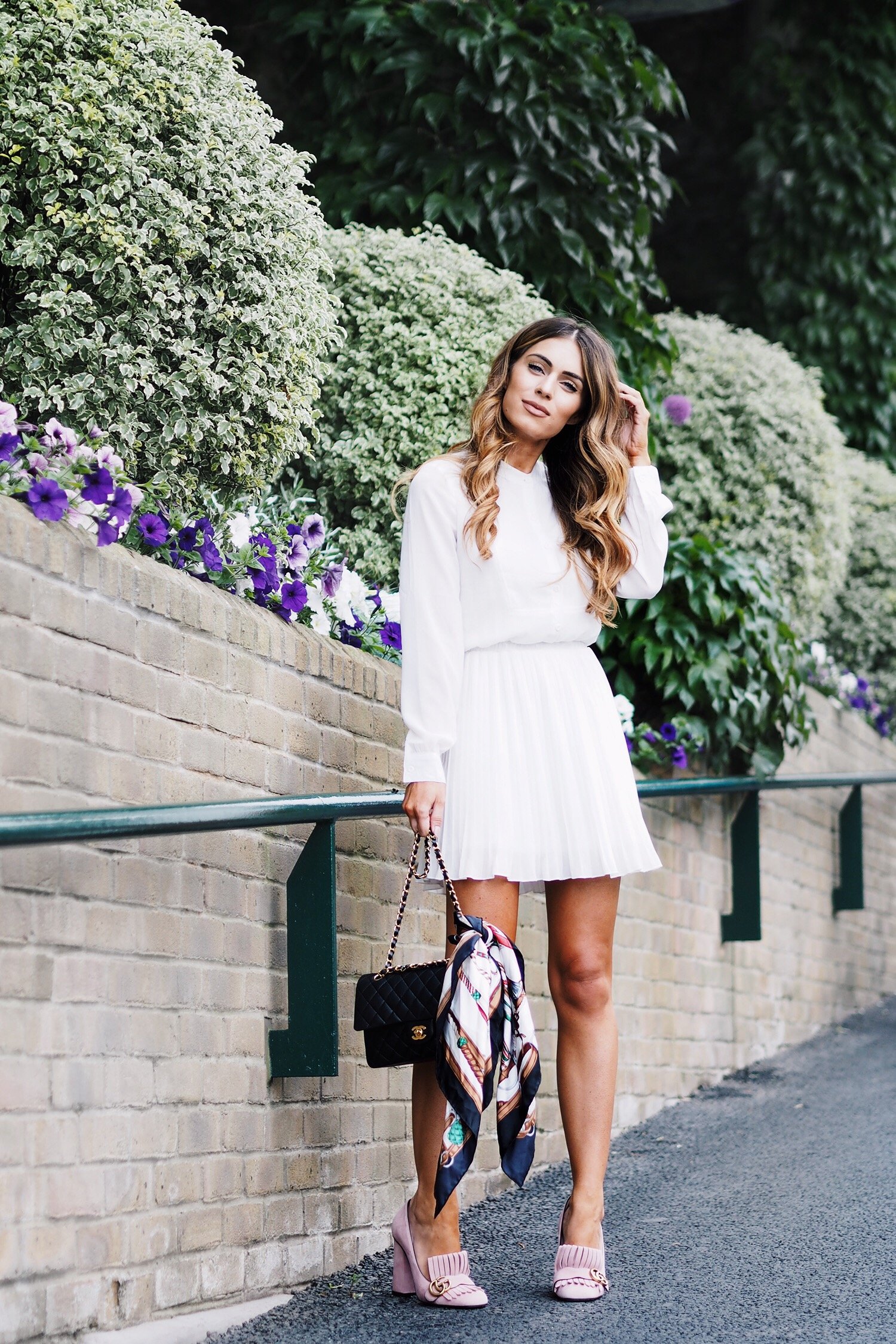 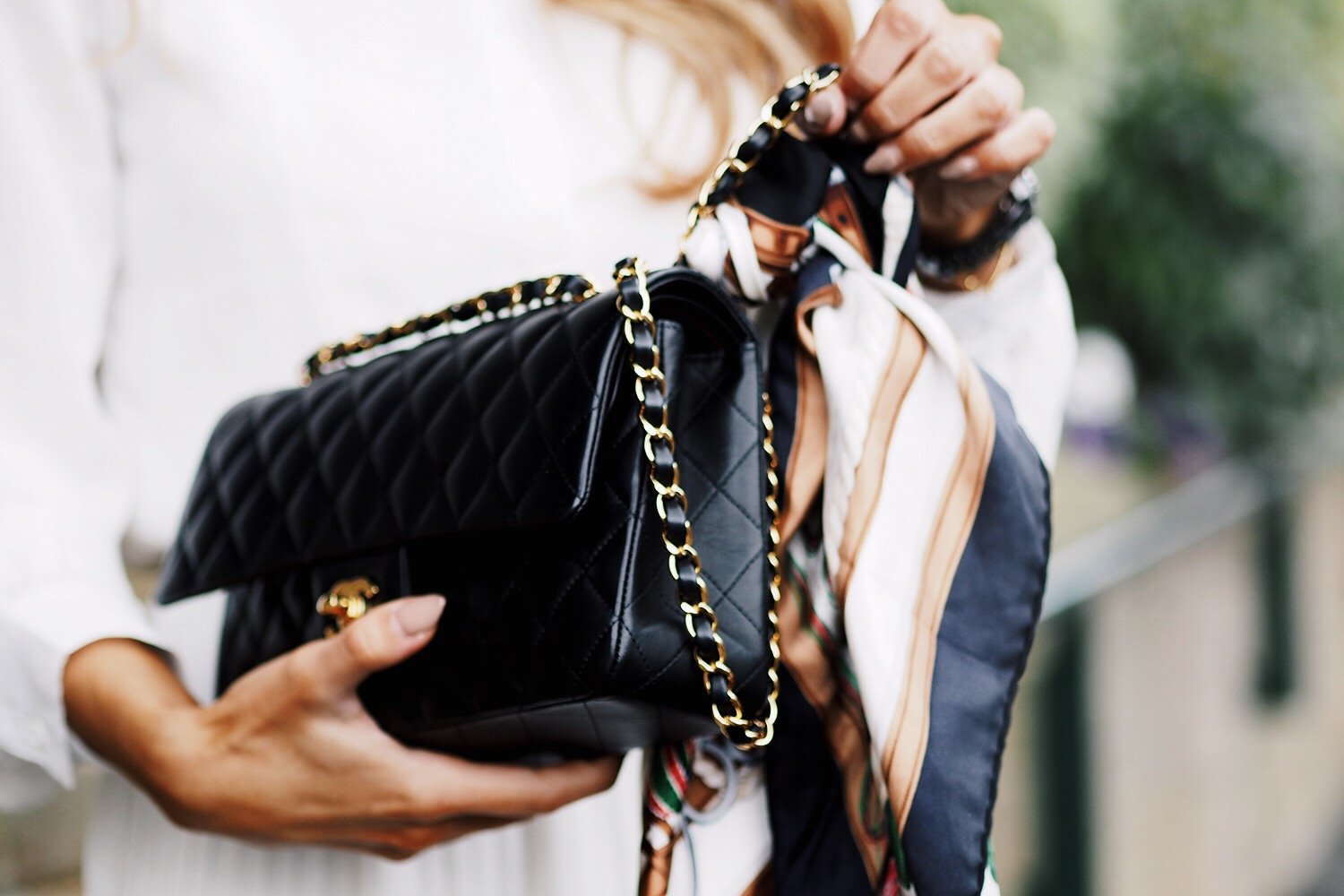 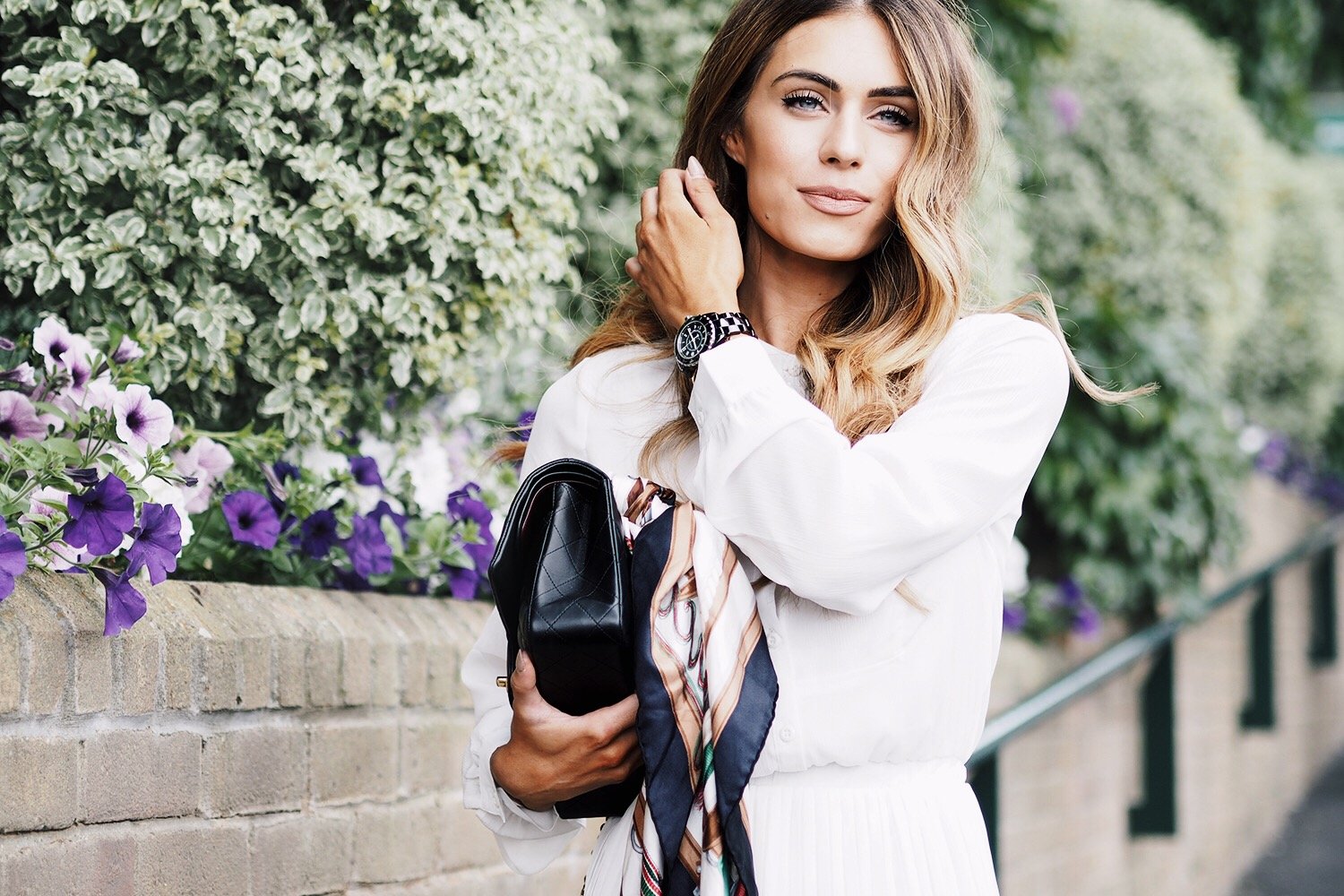 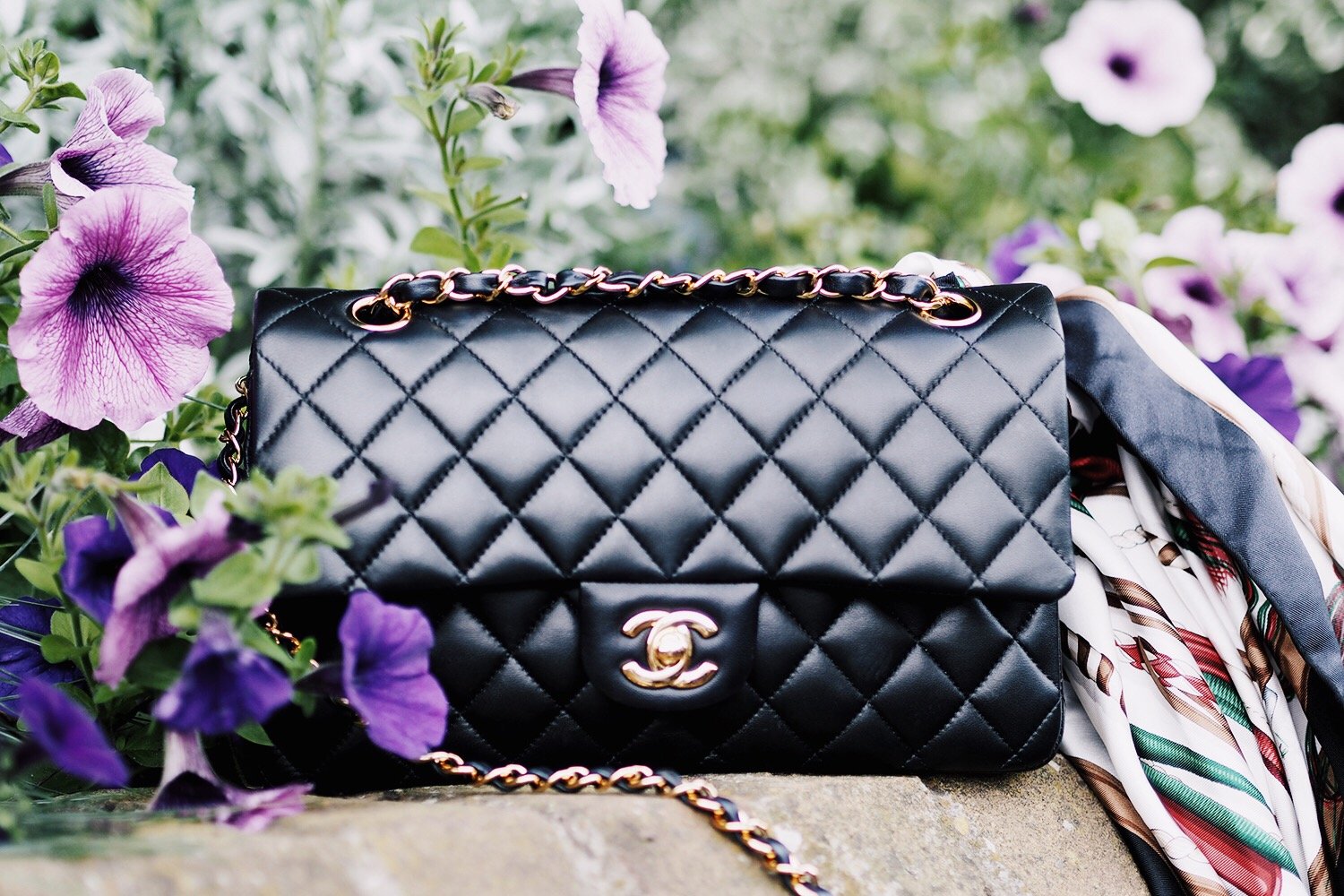 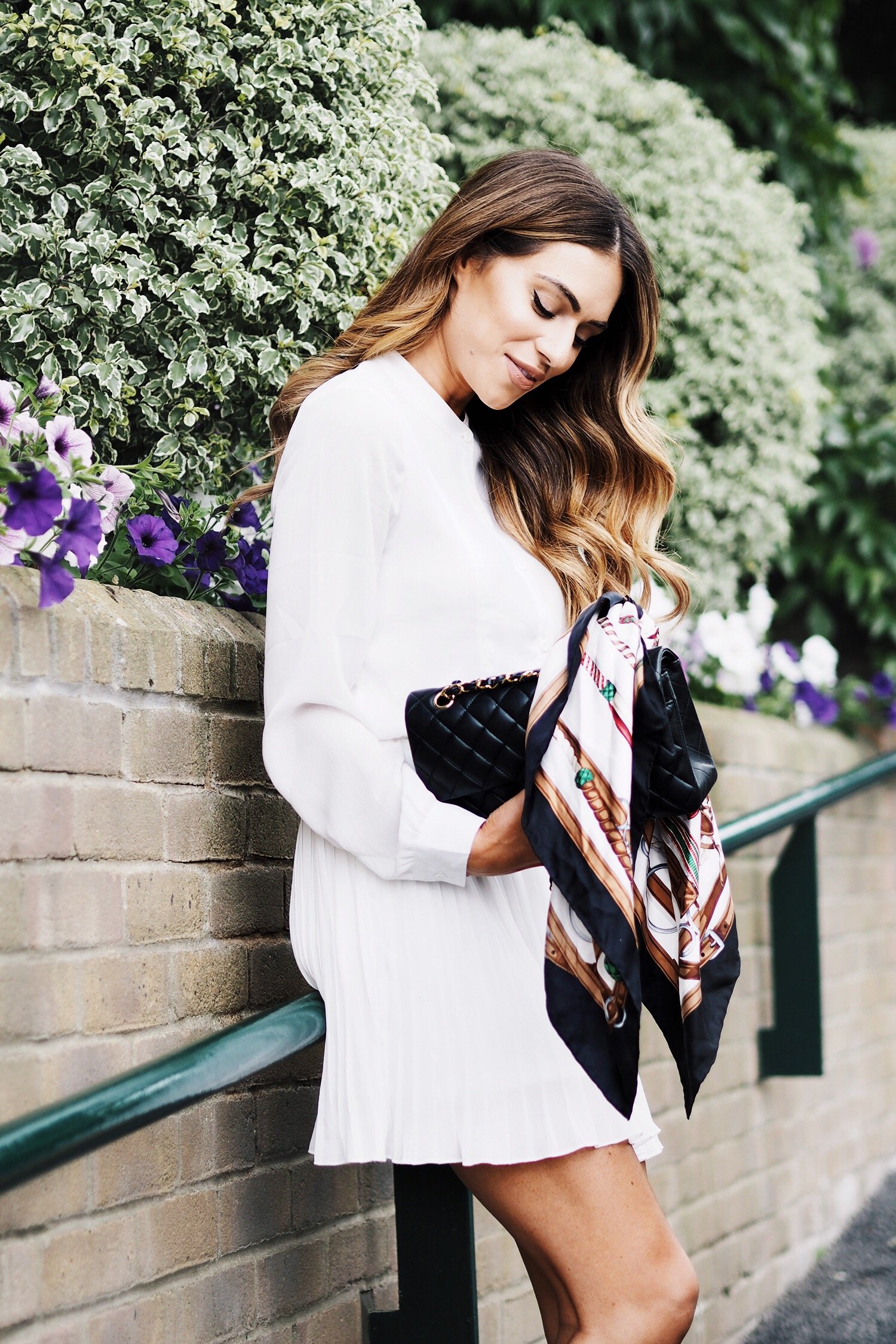 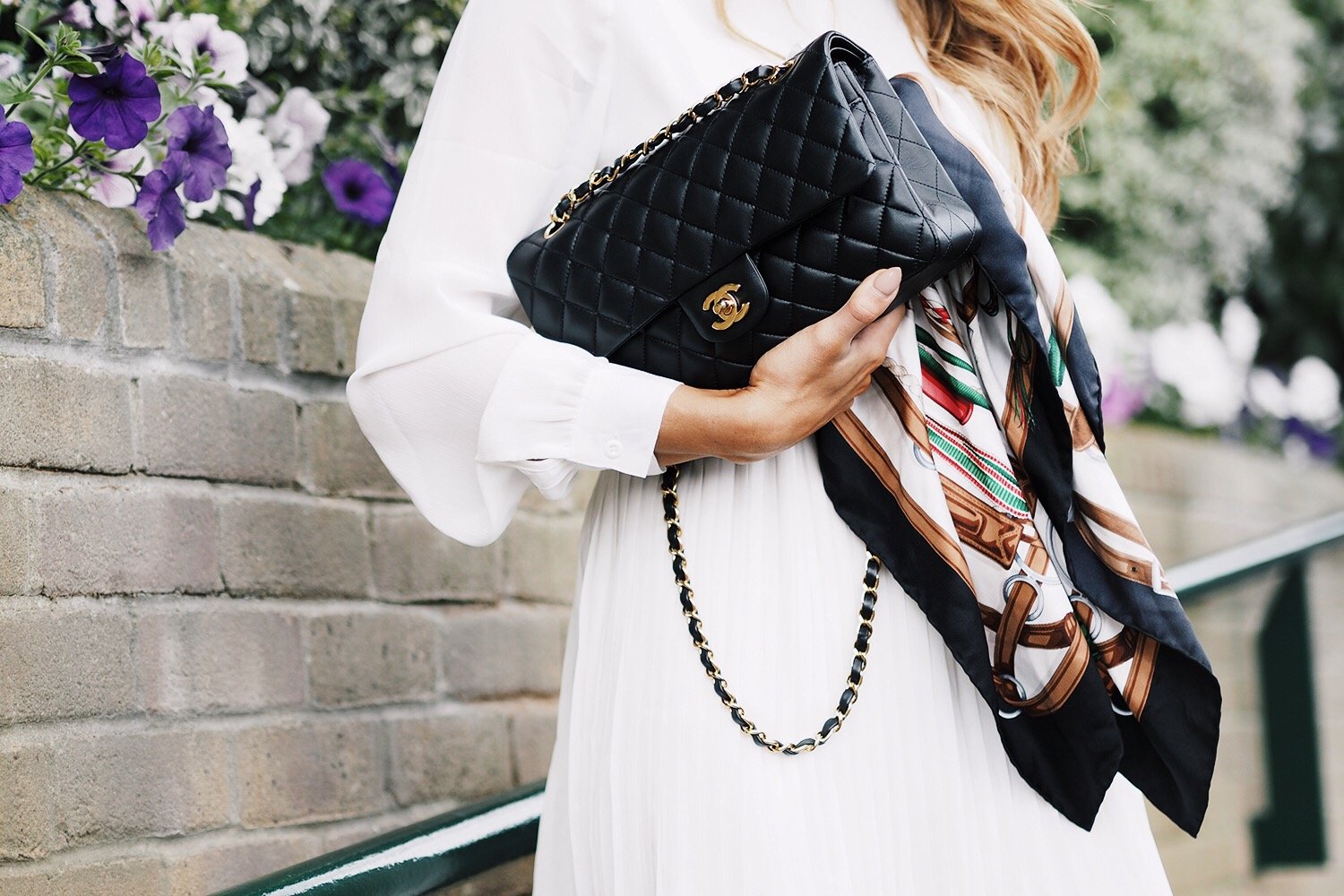 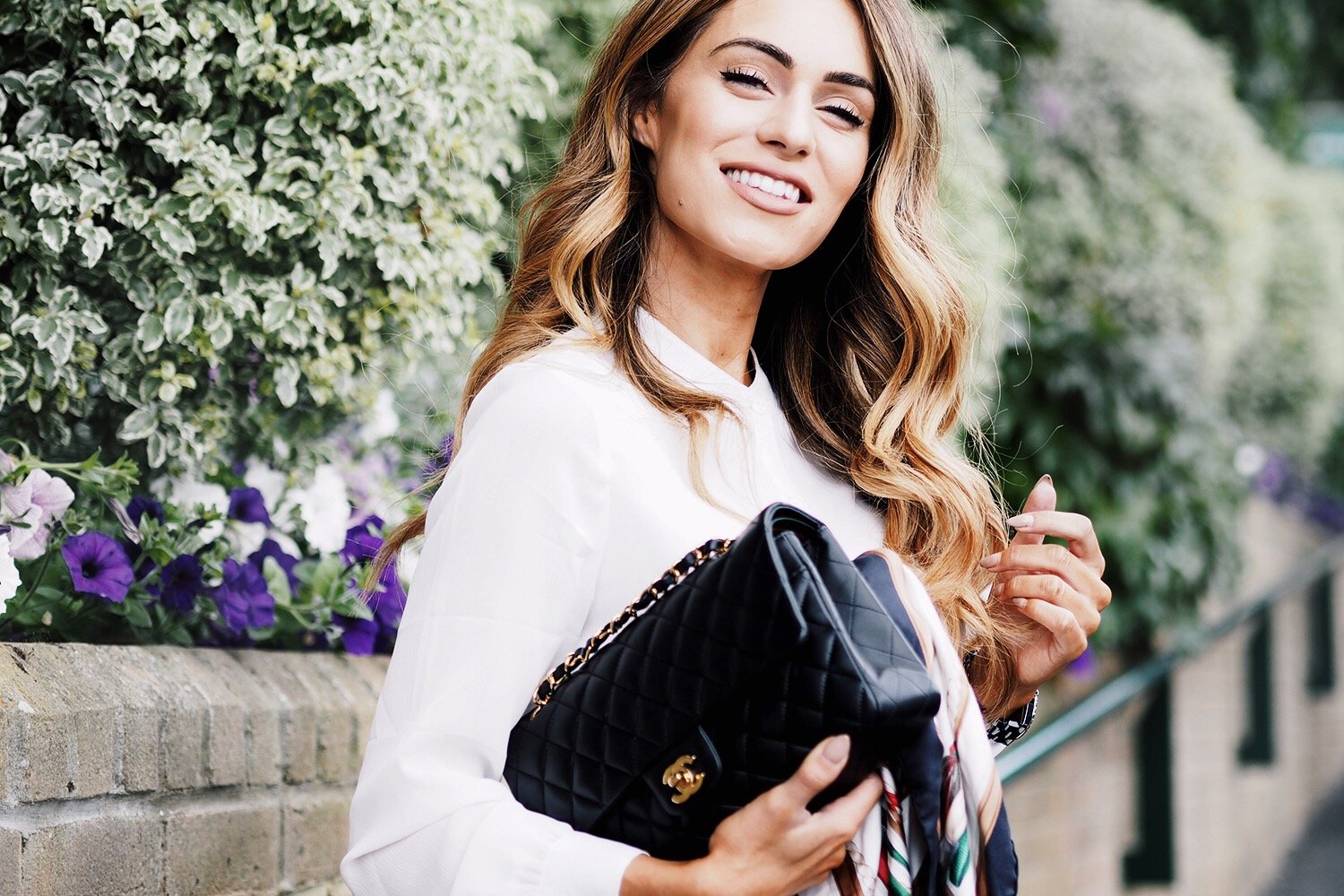 As a “Wimbledon Newb” I was excited to experience it all for the first time. From the stunning flower arrangements which adorn almost every inch of the grounds to the intense and nail biting atmosphere during Play across the many courts. Inspired by the iconic Strawberries & Cream I channelled the colour scheme by wearing a bright white collarless dress with statement pink suede Gucci heels for the day a head. 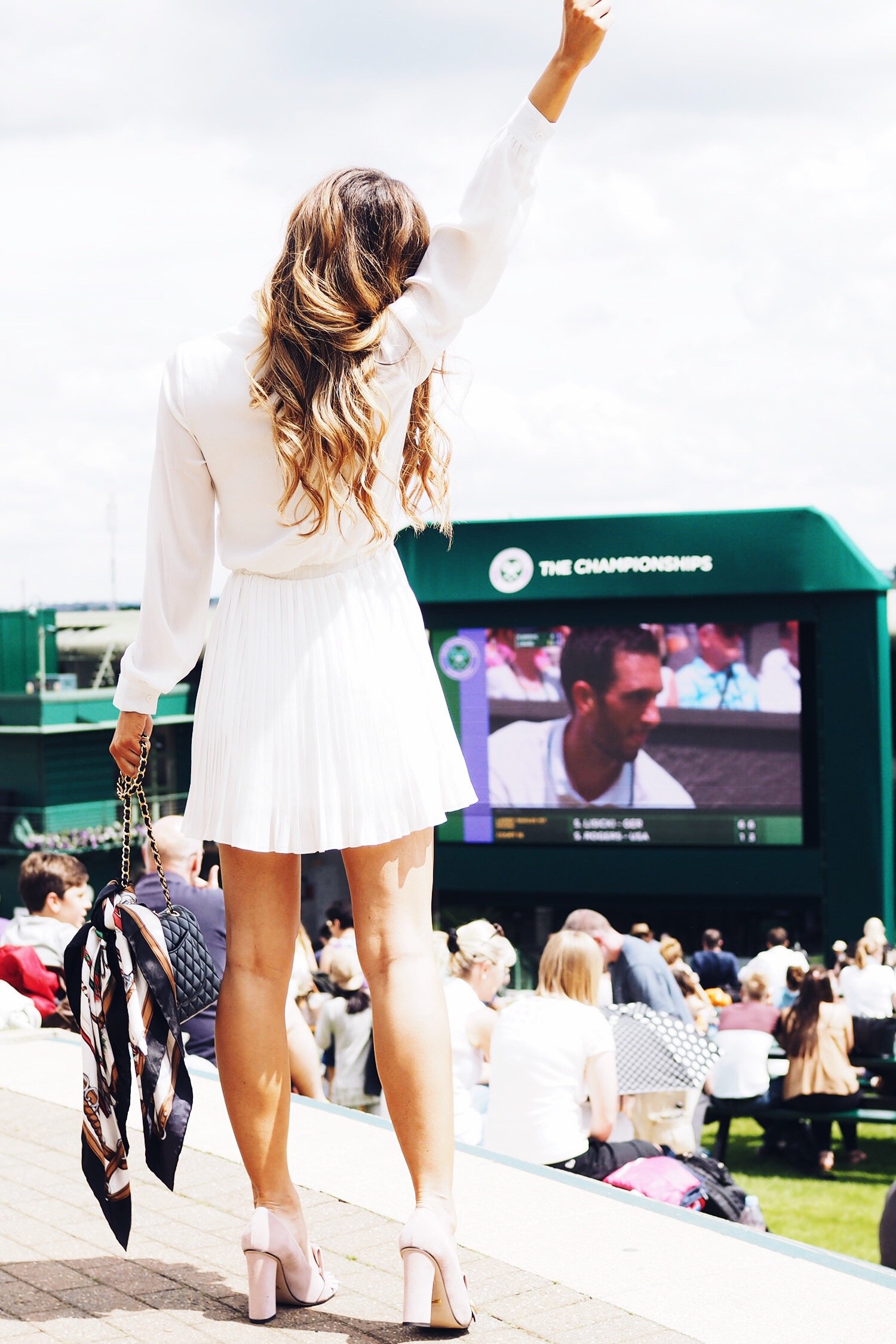 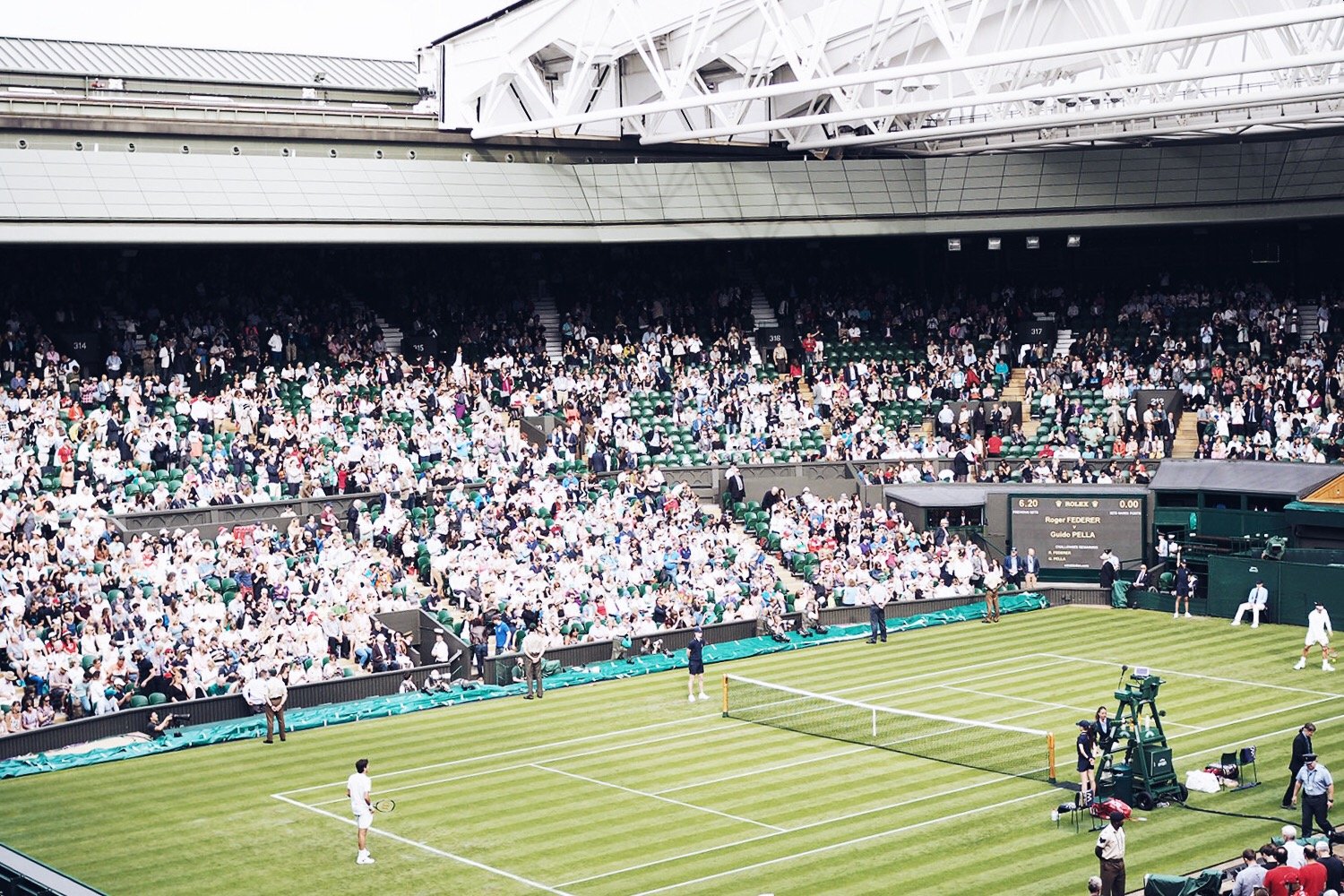 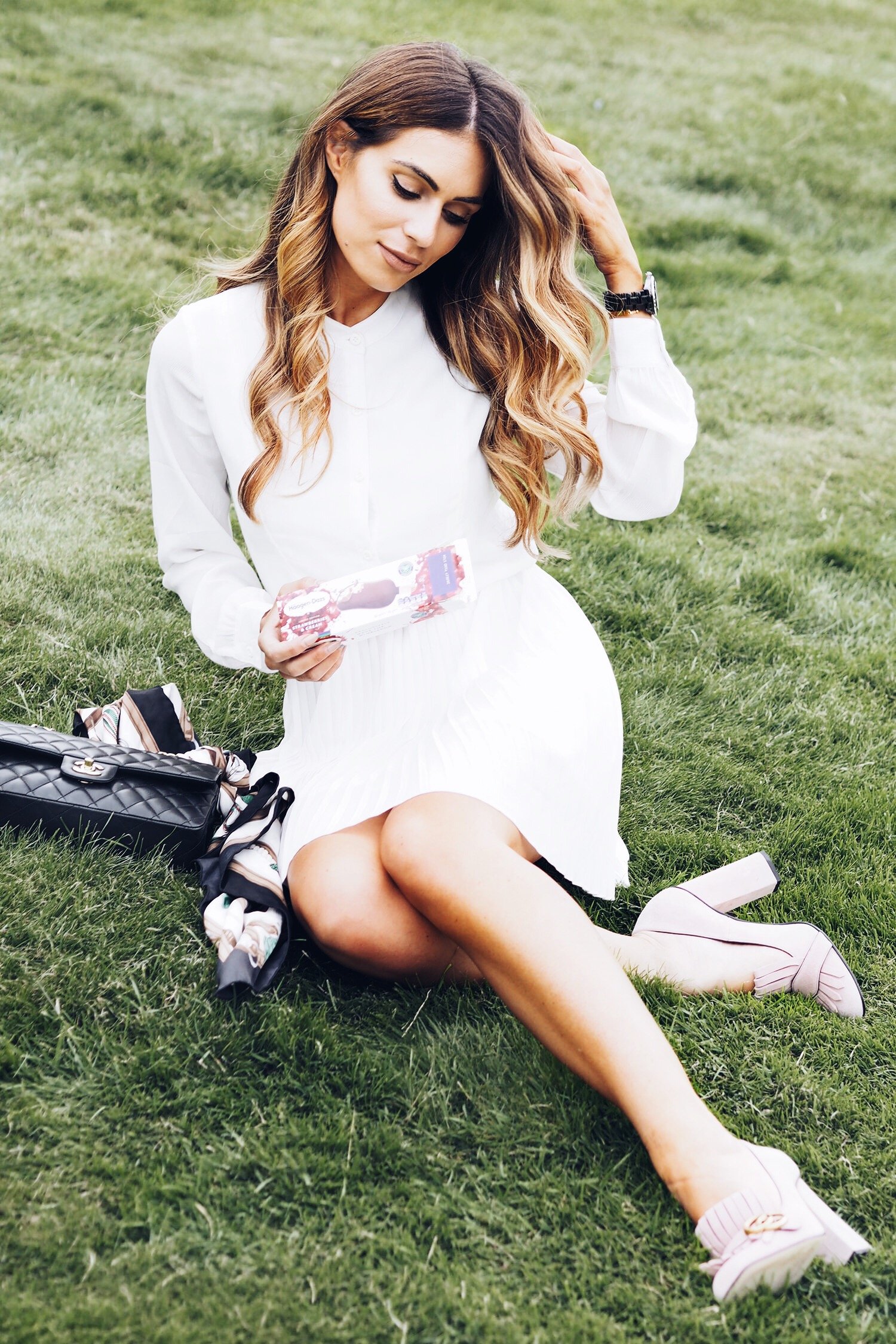 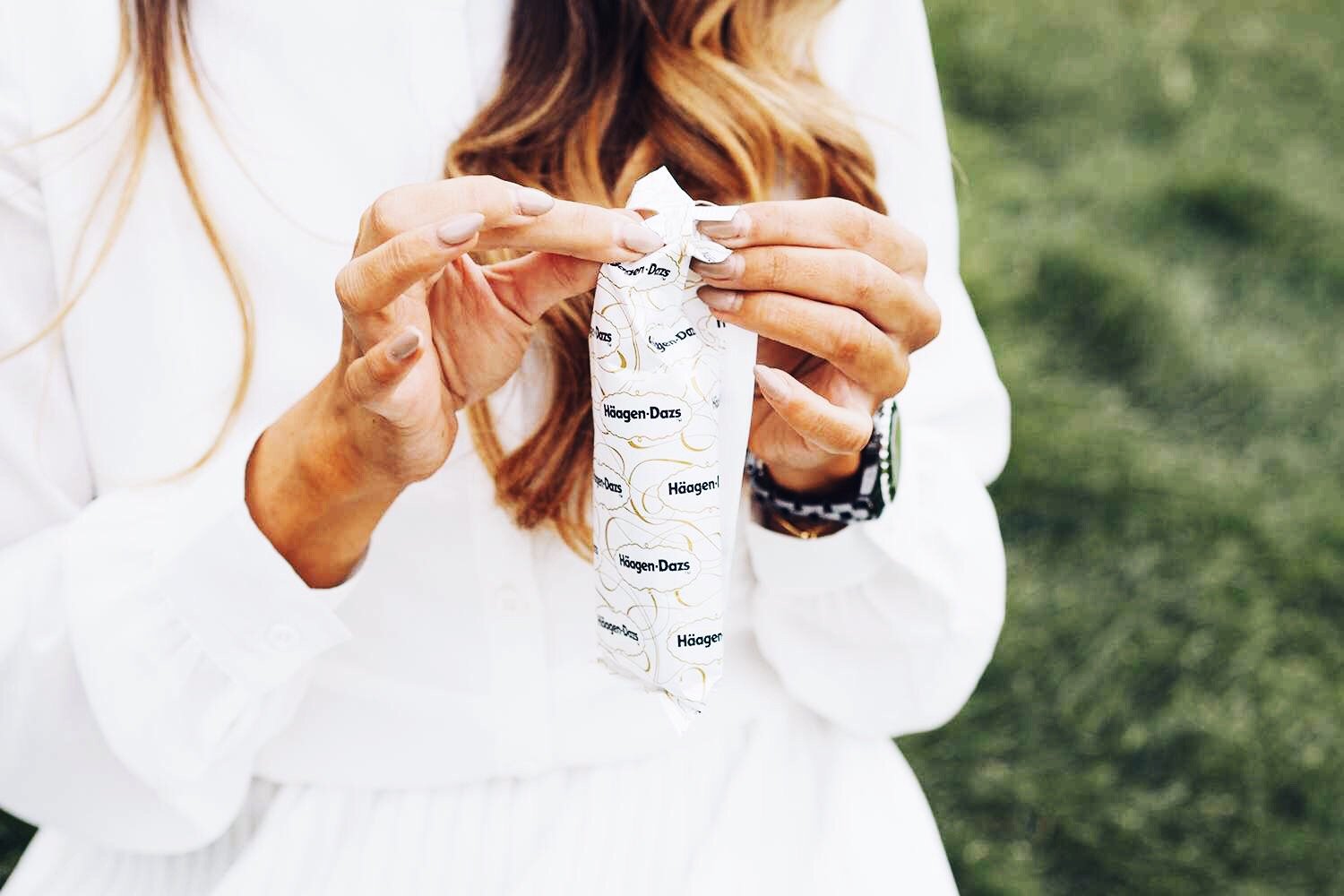 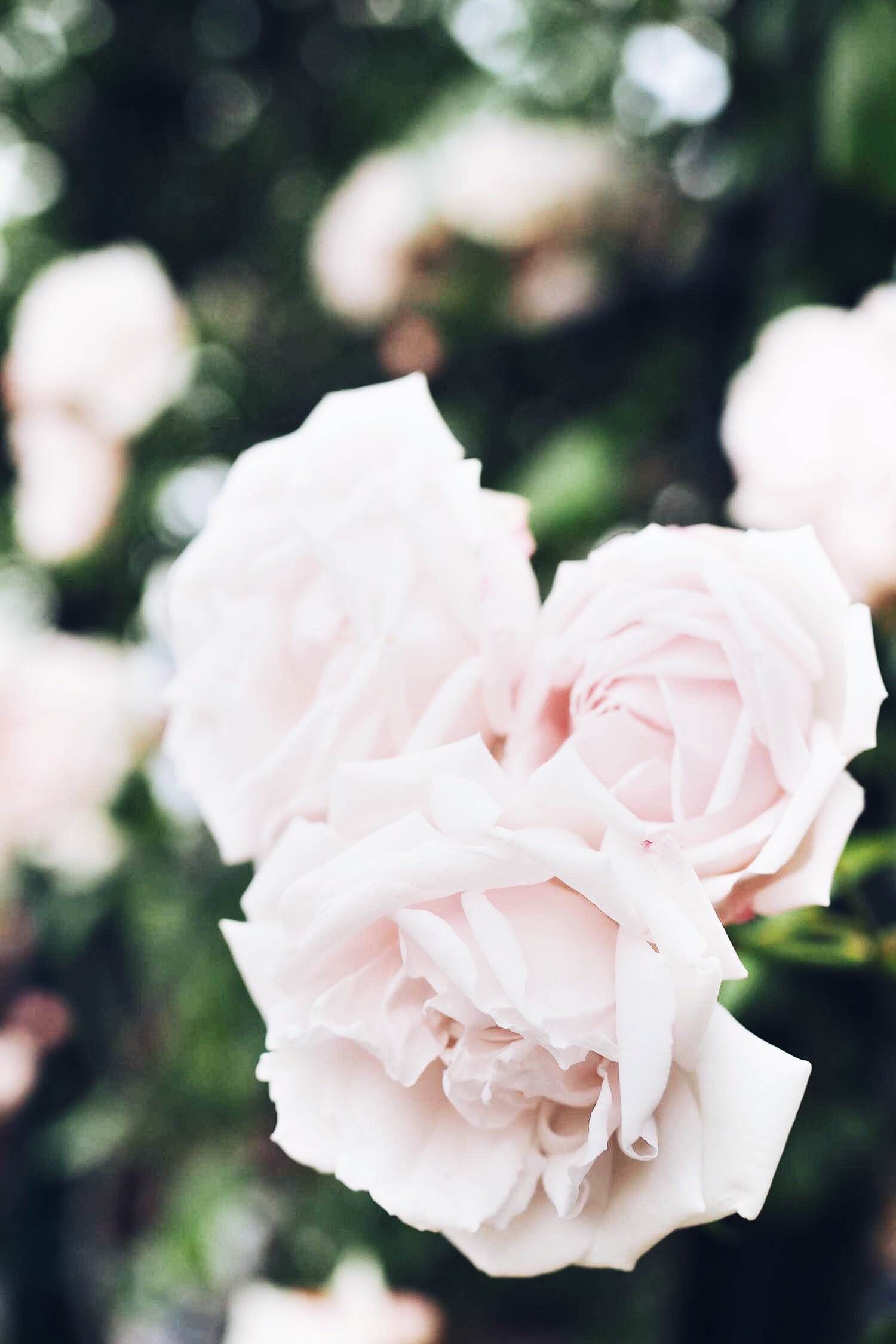 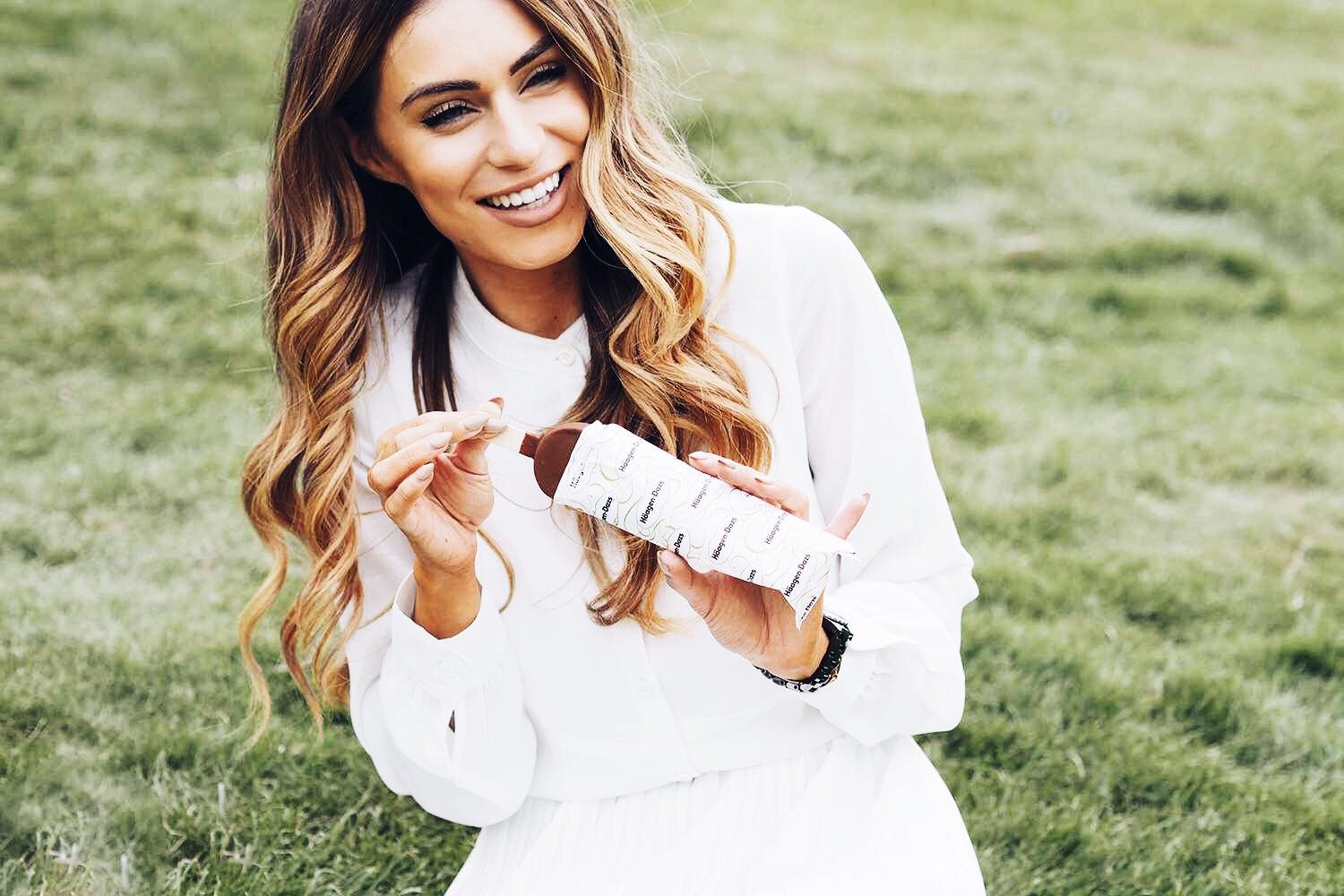 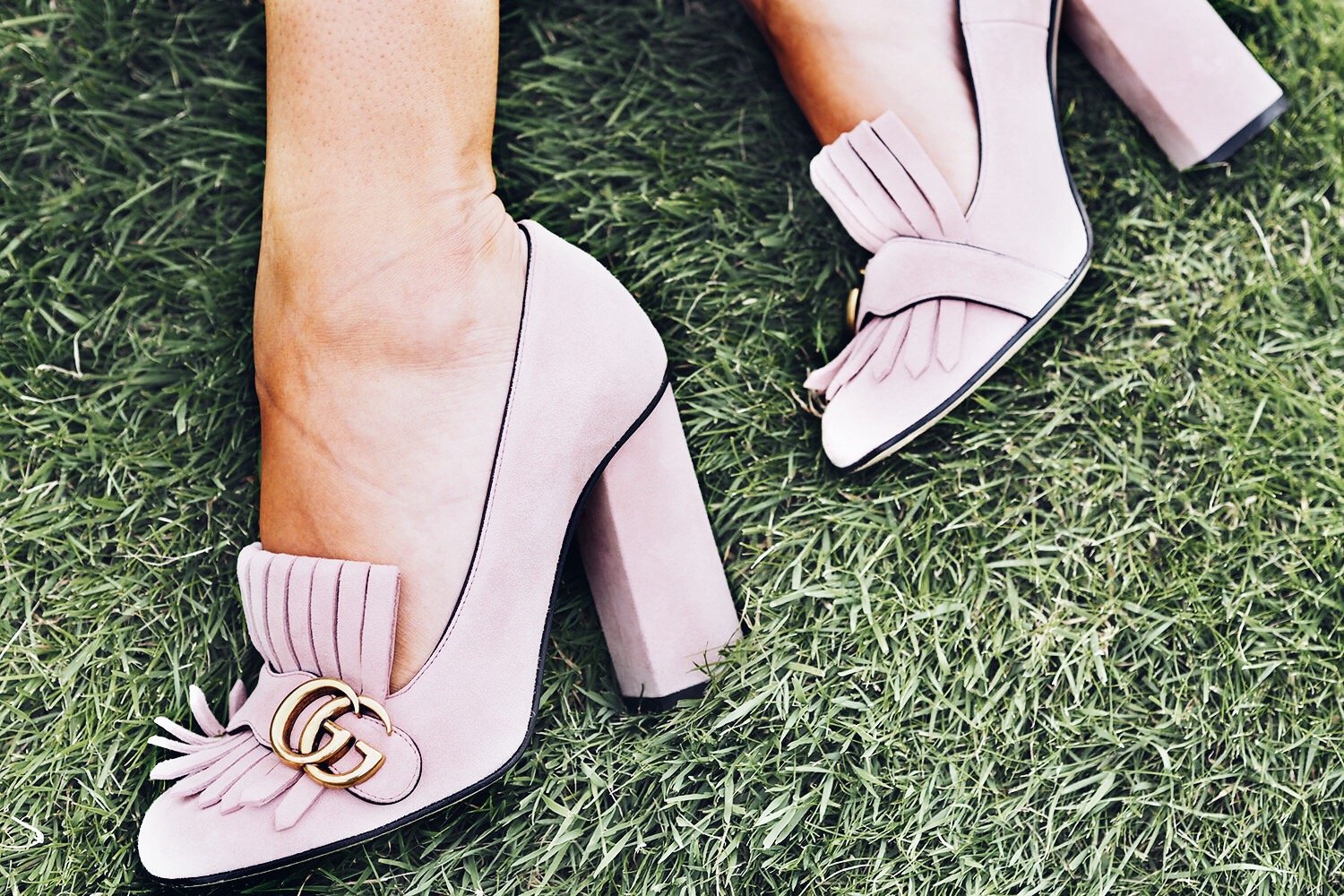 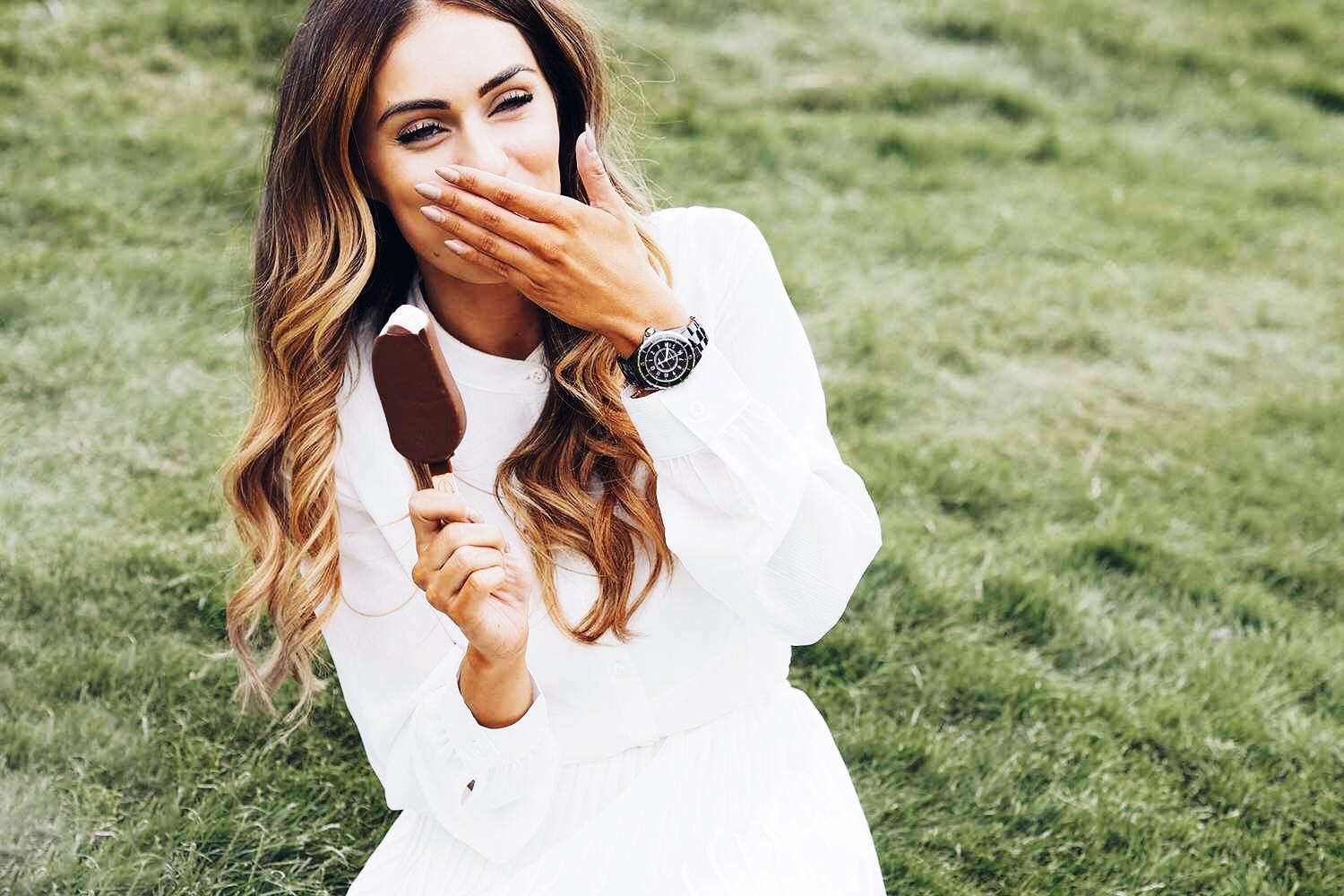 It is impossible to stay calm and collected whilst watching the games. Häagen-Dazs is rifht when they describe those intense moments of play as #LoseYourself moments whether seated on the grass of ‘Murry Mound’ watching the games on the live screen or sat amongst the thick of it all at Centre Court the atmosphere is electric. The roar of the crowd as Federer entered the court was infections and I too found myself lost in the moment as I jumped up from my seat and cheered. As silence falls for the first serve of what would be an intense game between Roger Federer and Guido Pella, I worried that my excited breath from Gangway 307 might be able to put of the players. I was hooked and completely within the moment and as I looked around me so was everyone else even Pippa Middleton who Ali cleverly spotted was engrossed by the match that went on to finish 7-6, 7-6, 6-3 to Federer, of course.

I’d love to know what makes you #LoseYourself about the Wimbledon Tournament and don’t forget to visit the Häagen-Dazs pop up in the stunning Selfridges Food Hall to try the Häagen-Dazs Strawberries & Cream Stick Bar from Monday 27th to Sunday 10th July.