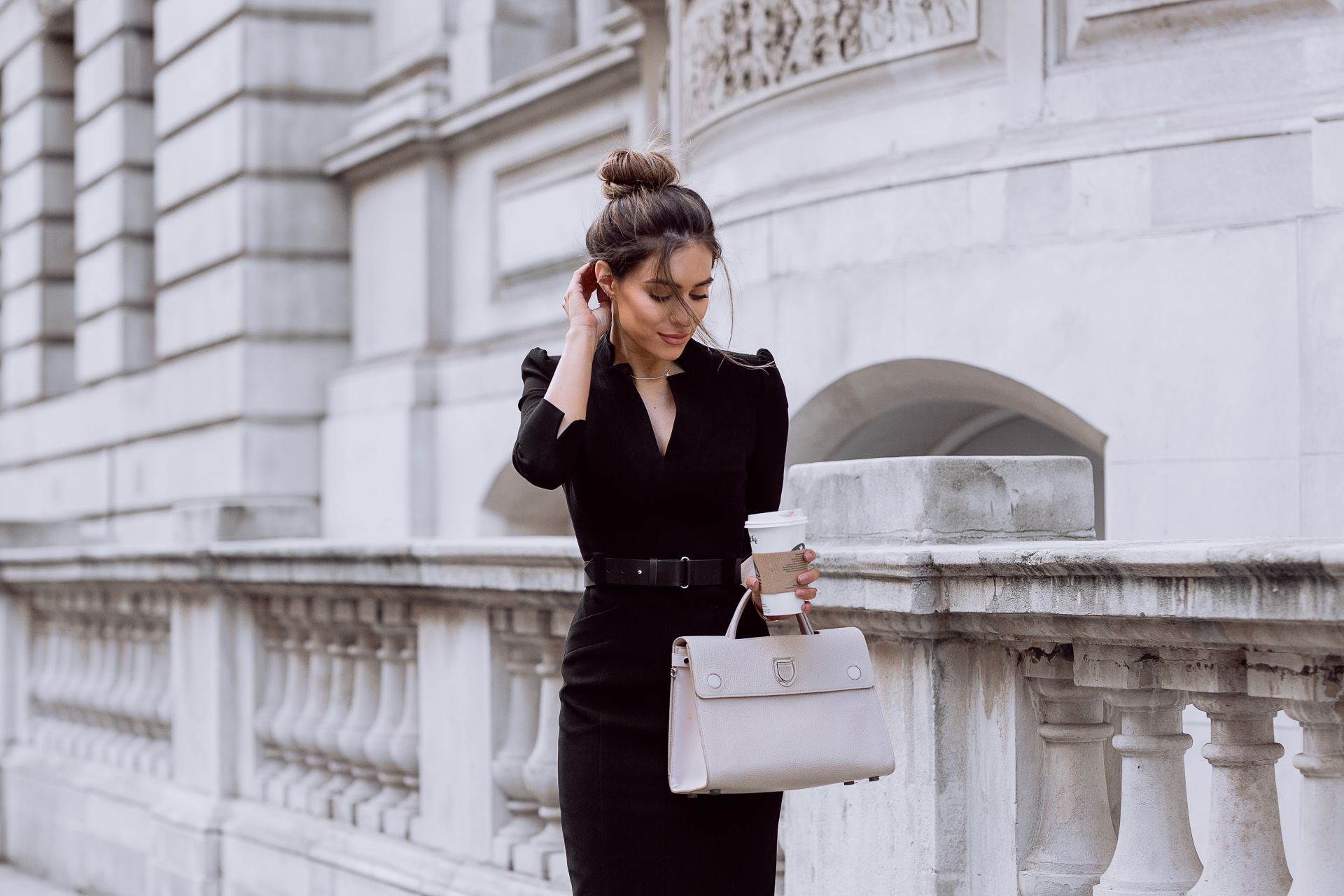 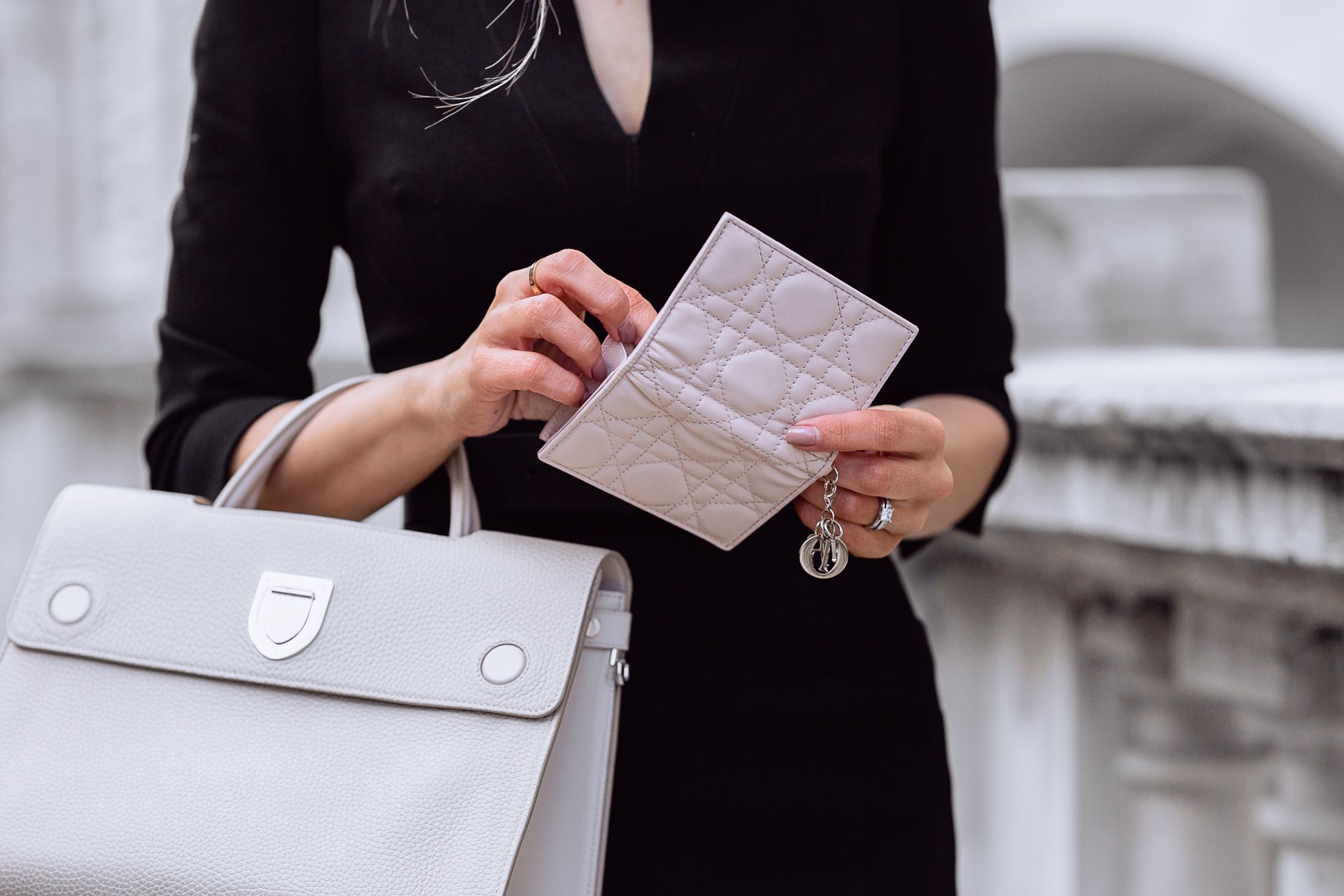 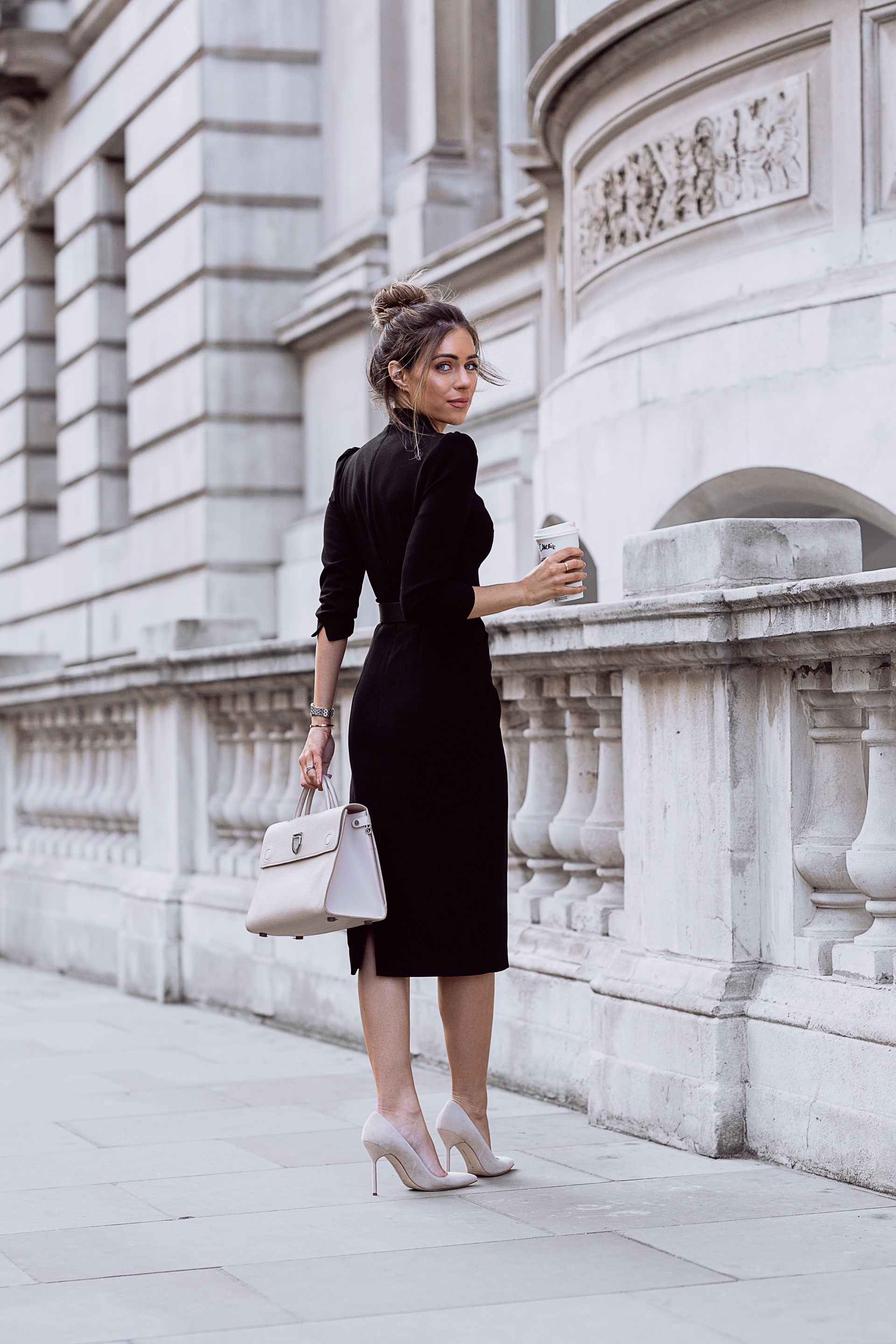 I've got to be honest here, I thought  the title of the post alone would send me in to a panicking, crying, "My life is over" screaming mess. But instead, I'm quietly content and dare I say it, a little bit excited? Alright, steady on! So I turn 30 this year and with just over a month to go, I decided it was time to actually talk about it. As I sat down to write this post I realised I was more OK with it than previously thought believe it or not, it doesn't feel like my life is over, quite the contrary actually, it almost feels like it's just beginning. I can't remember a time where I've felt this truly happy, this content and this excited with whats to come. At 16, most of my time was spent worrying about boys and what they thought, at 18 I worried more about what outfit I would wear that weekend and at 21 I spent most of my time worrying about what the hell I was going to do with my life. Which is funny because I recently tweeted that I was about to achieve one of the last goals I set myself before turning 30 and the response to the tweet was a little frosty to say the least. It's not always easy to get the full context across in 280 characters, but its definitely easier than 140. As I said, at 21 I didn't have a clue what I wanted to do with my life, which was difficult for me to digest then because I'd been expected to start making decisions around the subject since I was 16 so the pressure was really on when it transpired that at 21 I was still none the wiser. There were many heated and uncomfortable conversations with my family about University, jobs and travelling, I knew they just wanted the best for me, but who really knew what was actually best for me? I decided to go with my gut and went to study Marketing at The University of Northampton. I left aged 24 with a degree, a brand new driving licence, a fair bit of debt and being perfectly honest here, not a great deal more insight on what I wanted to do with my life. It didn't really come to me until I was about 26. I'd left employment because this random website I'd started back at uni had actually become something and a couple of months into being self employed I realised there was a new fire within me that had never been there before. I call it "The Fire" which sounds all dramatic but it was really just passion, motivation and drive finally making an appearance. So there I was, a whole 10 years after I made my first decision as to what career I wanted I had my first inkling. 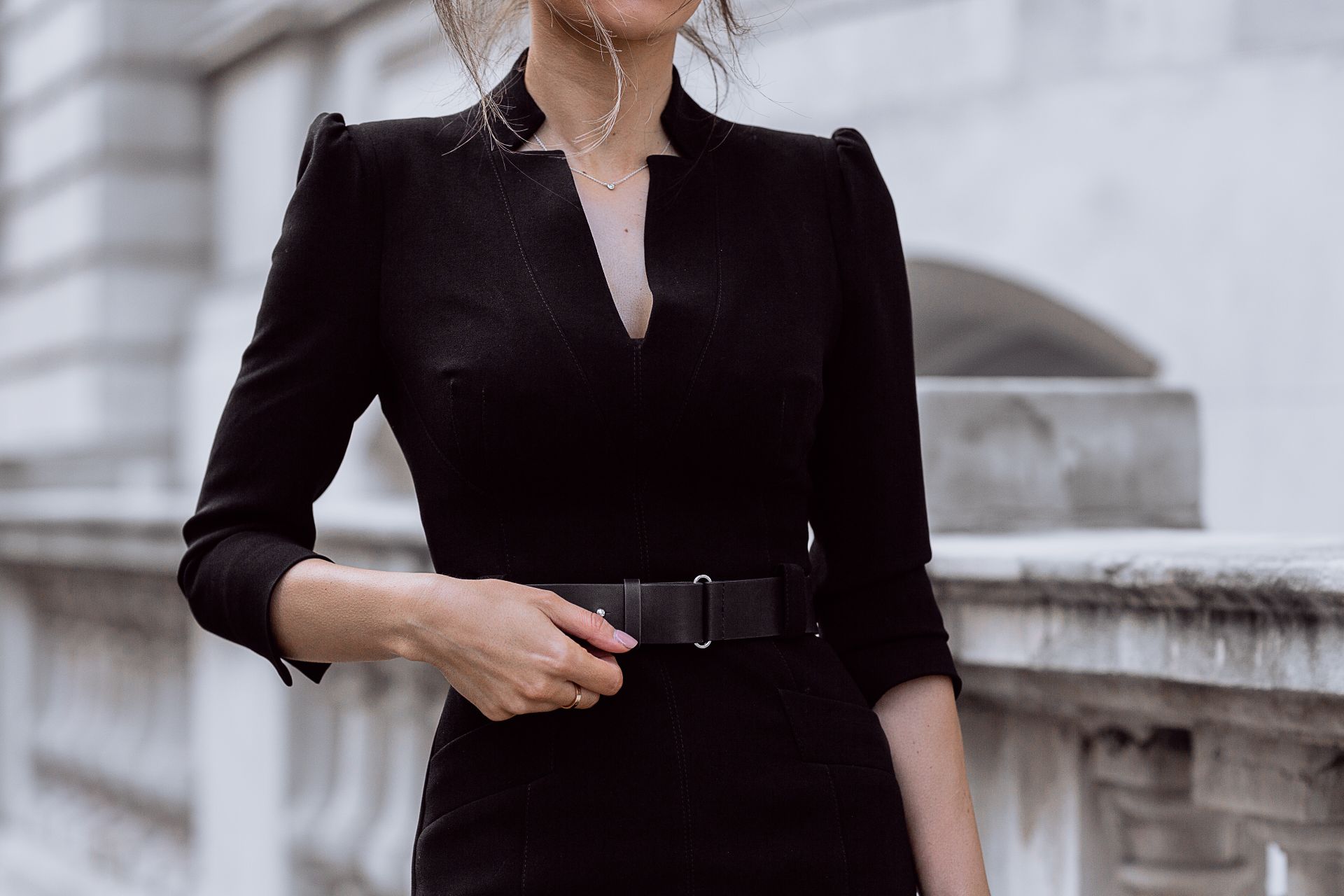 So what were the goals I set myself I hear you ask? Well happiness came first, I just kinda really wanted to live a happy and fulfilled life, I wanted to wake up every day as happy as possible. It didn't mean having all the money in the world, it just meant living to the best of my ability. But you know, a BMW would be nice too so if you could get one of those Lydia, that would be fab. A happy (theres a bit of a theme here) and healthy relationship. Because quite honestly, I'd had some real shitters in the past and I longed for stability and familiarity with added excitement and fun. So I Married him in December 2017 which you can read a bit about here. And finally, Space. I didn't want a big grand MTV cribs style home but I did want my own space. Somewhere in the countryside, over looking fields. Mainly because I'd never really had it. Well I say never, when my parents were together they had a house on a beautiful road in Chorleywood (if you know, you know) I can't remember it at all but the pictures are beautiful. Again it wasn't the biggest house in the world but it had space and woods and quiet. So earlier this month we achieved the last thing on my unofficial-list-of-things-I'd-quite-like-to-achieve-before-turning-30-but-completely-acknowledge-that-it-really-doesn't-matter-when-I-achieve-it-but-it-would-just-be-quite-nice. 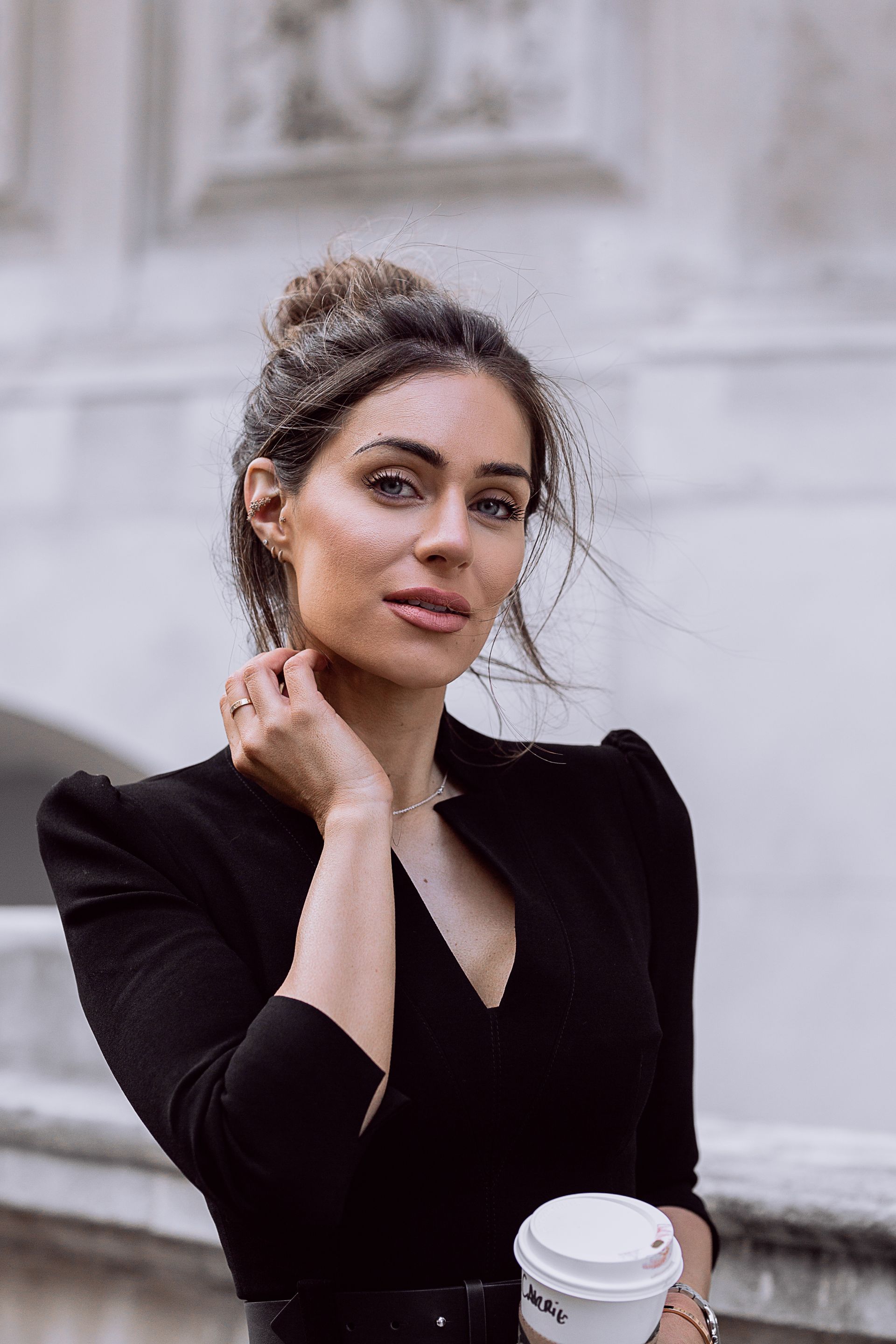 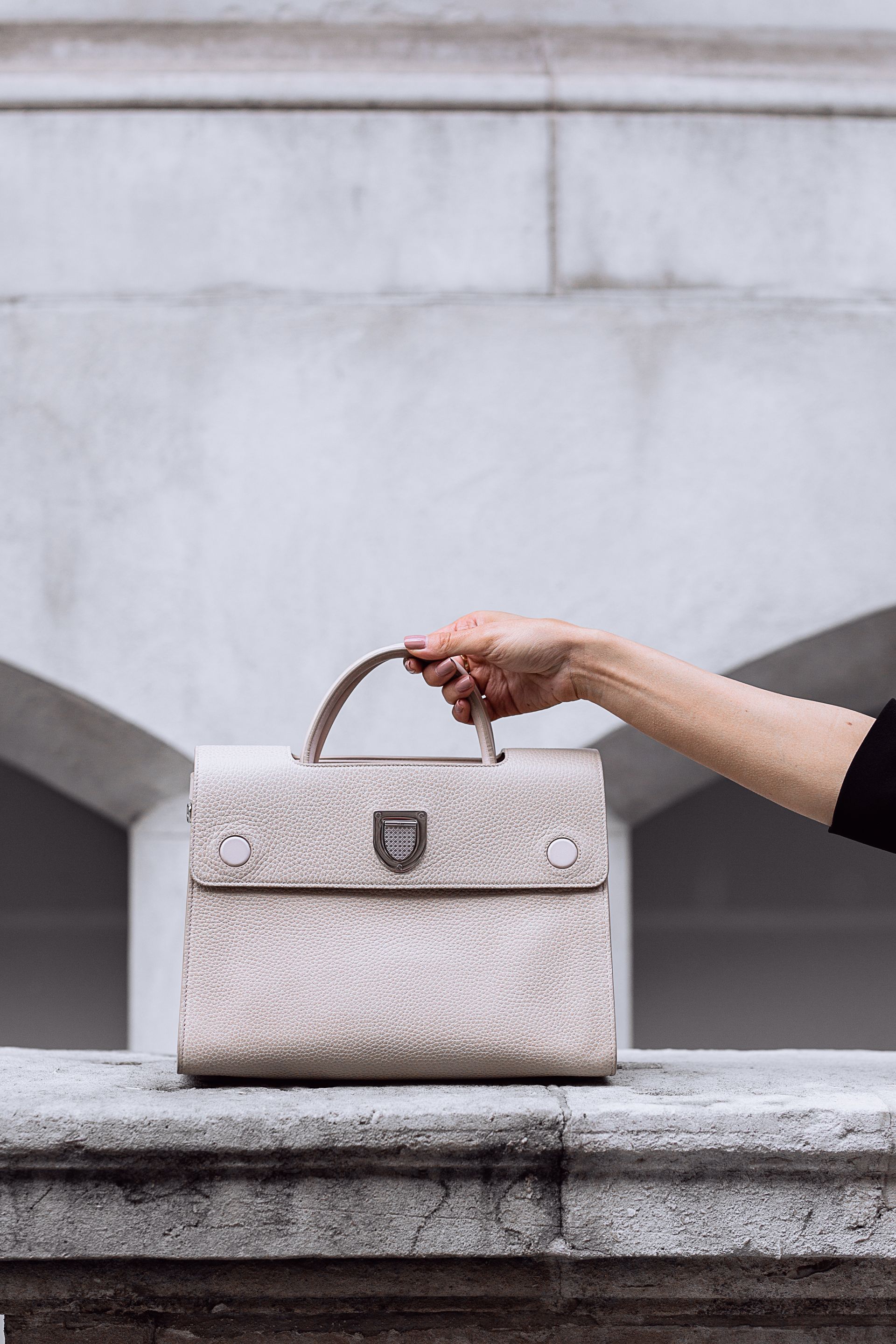 I have no doubt that once my birthday has been and gone this year, I will be setting yet more goals and have more things I wish to achieve before I turn 60 because I don't envision a time where I'm not progressing and striving for more happiness in my life, but right now, I'm pretty darn proud of myself so bring on the celebrations. Heres what I've learned on this almost 30 year long ride so far...

The biggest lesson I've learnt out of all this, is there was never any rush despite the pressures put on us so early on in life. Some people know instantly where we want to be and what we want to become and they work tirelessly to make that happen from Doctors to teachers. But, there are also a lot of us who don't know, and won't know for some time and that's OK too. It will come to you when you least expect it, but don't miss the signs. 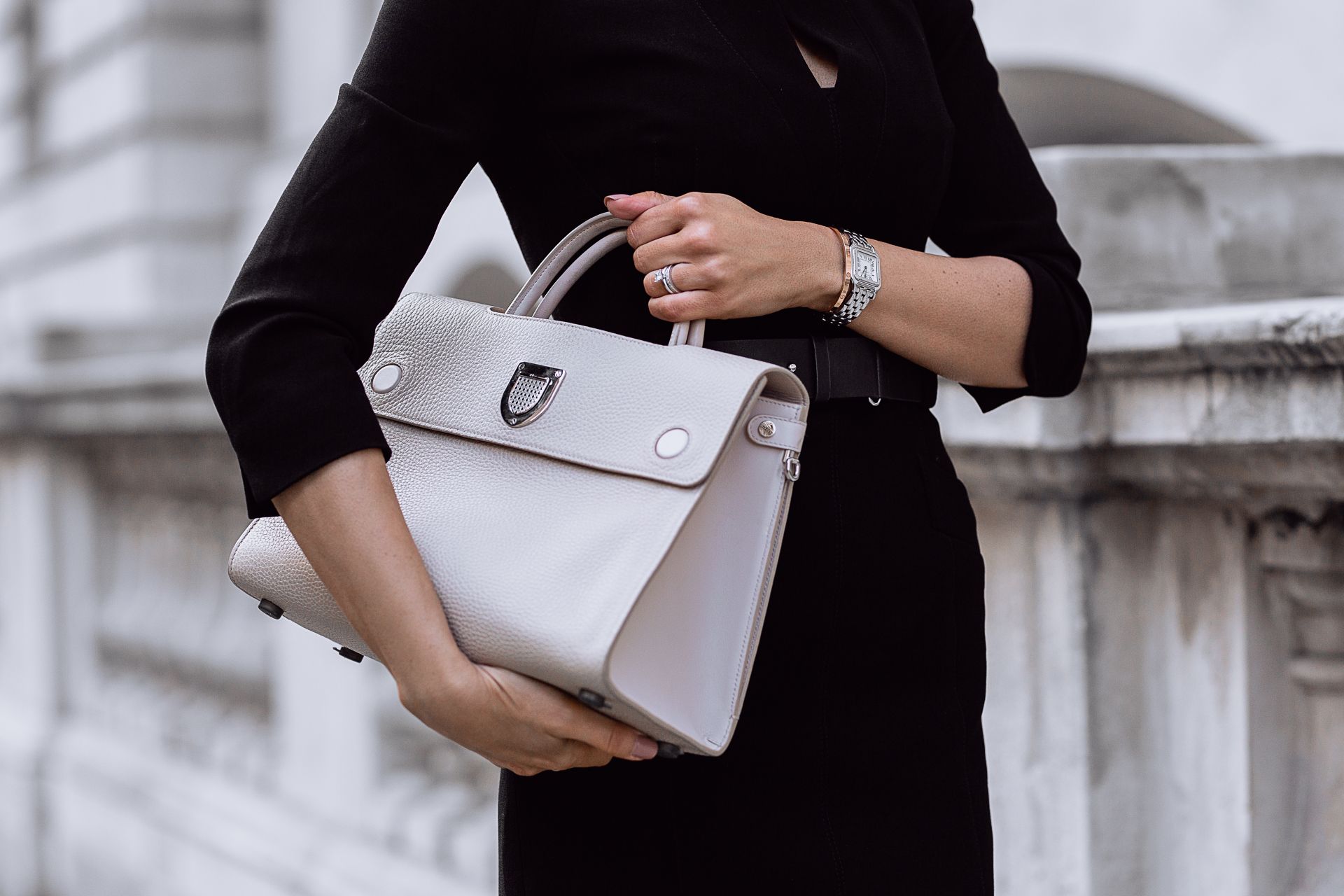 It isn't going to be rainbows and ponies either, this isn't a fairy tale. Things will go wrong, nothing will ever be perfect and it will be a lot harder and feel as though it's taken a blooming' life time to get there but when you look back over the years and see how you've grown as a person and what you have achieved. It's pretty damn epic.

Happiness is a choice, no one is going to make you happy, you have to do that on your own. We're not talking with regards to mental health here as that is and always will be a different kettle of fish all together. I'm talking about general contentment with life, the normal every day life. With social media these days we rarely see the normal lives of those around us, which can leave us feeling unfulfilled by our own. I've been there, when I felt like I had to be travelling a million times a month and attending every event under the sun for my life to be interesting. When in reality, I'm living my best life when I'm at home in my comfiest with my cat and my husband listening to some classical music, Hello 30!

I realise now that every year, is a step forward. As long as I keep learning and absorbing life's lessons I am growing and flourishing in whatever I'm doing. Keep that childlike inquisitiveness but pair it with the wiser head on your shoulders, and whatever you do, don't lose that love for life you wake up with every day. 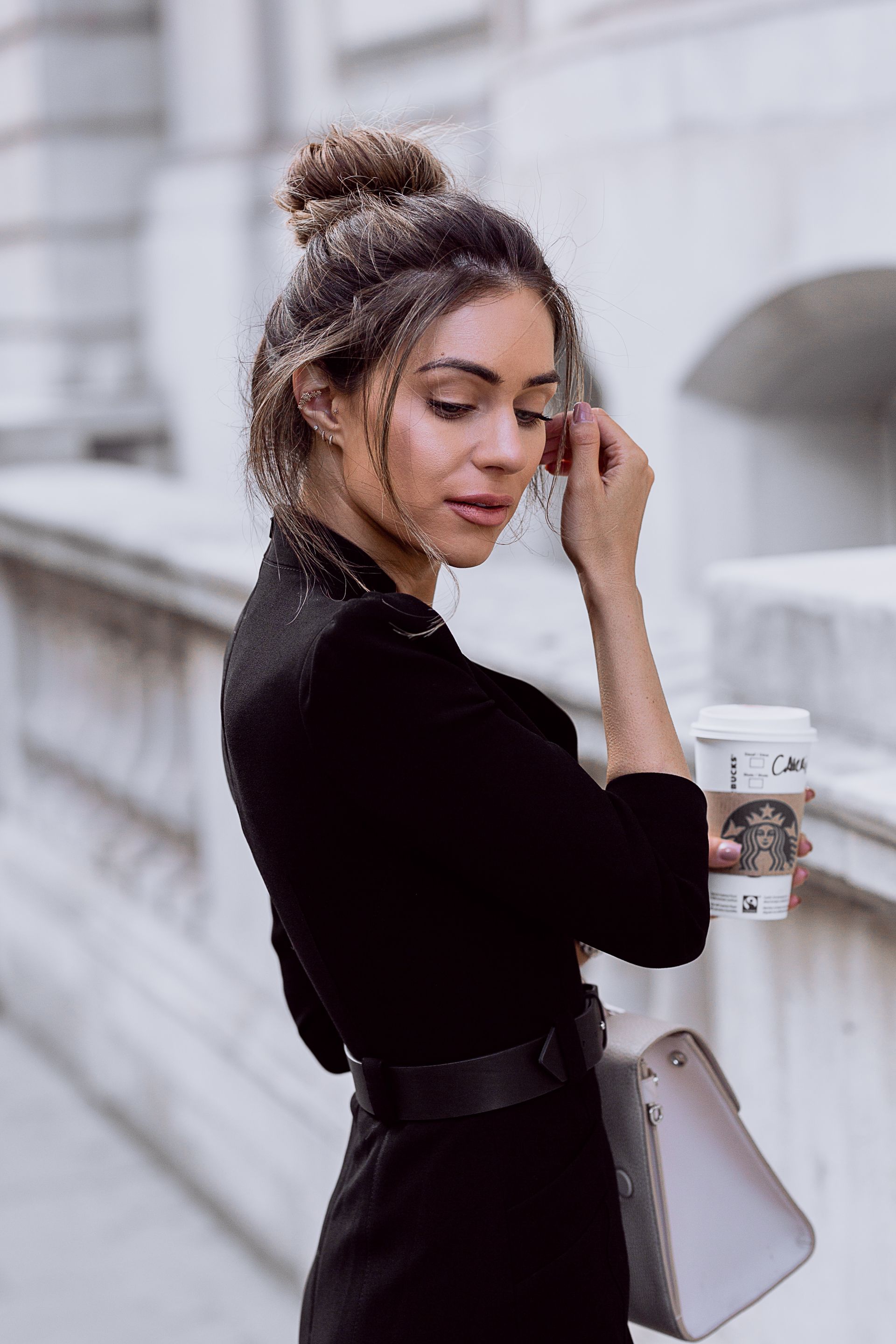 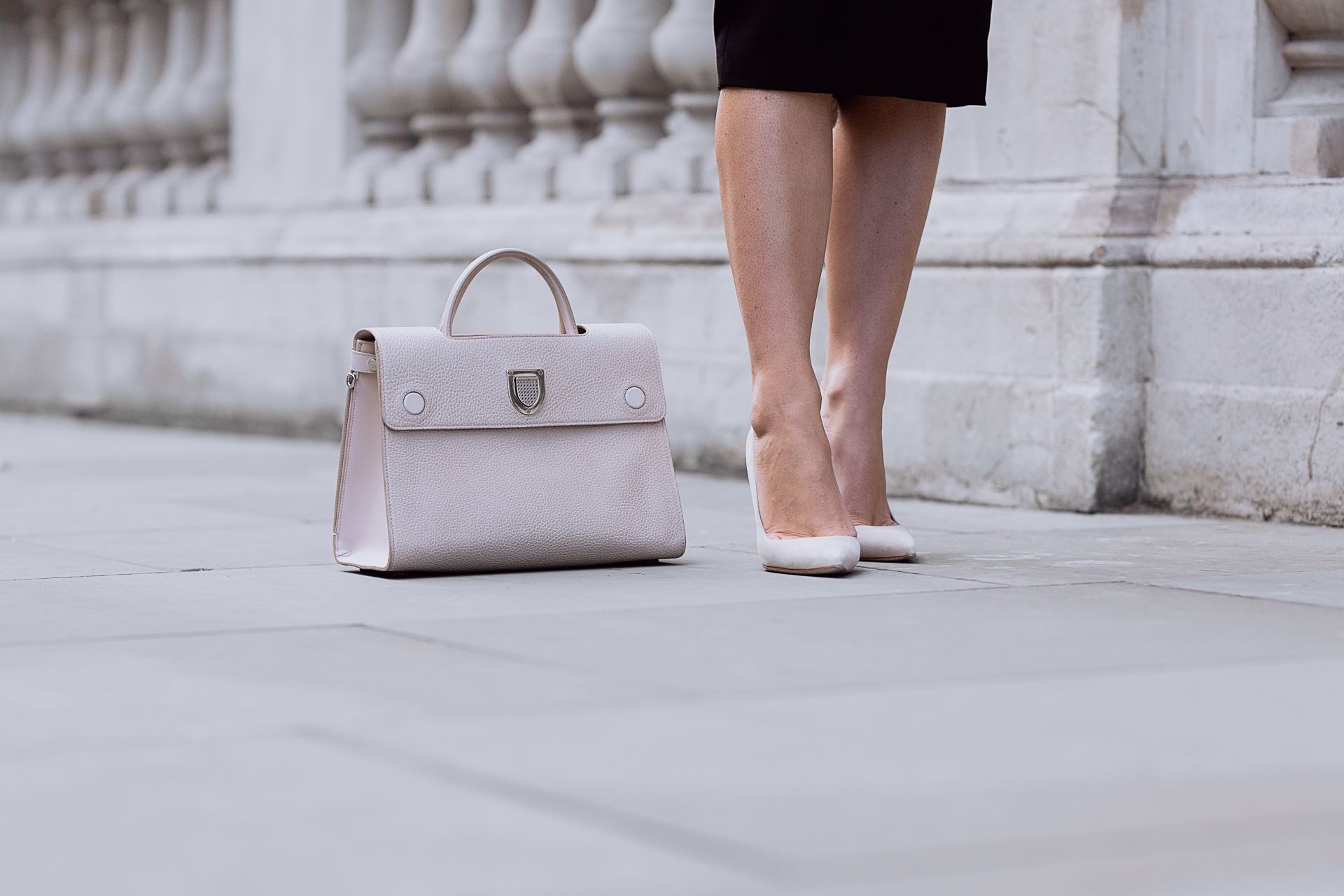 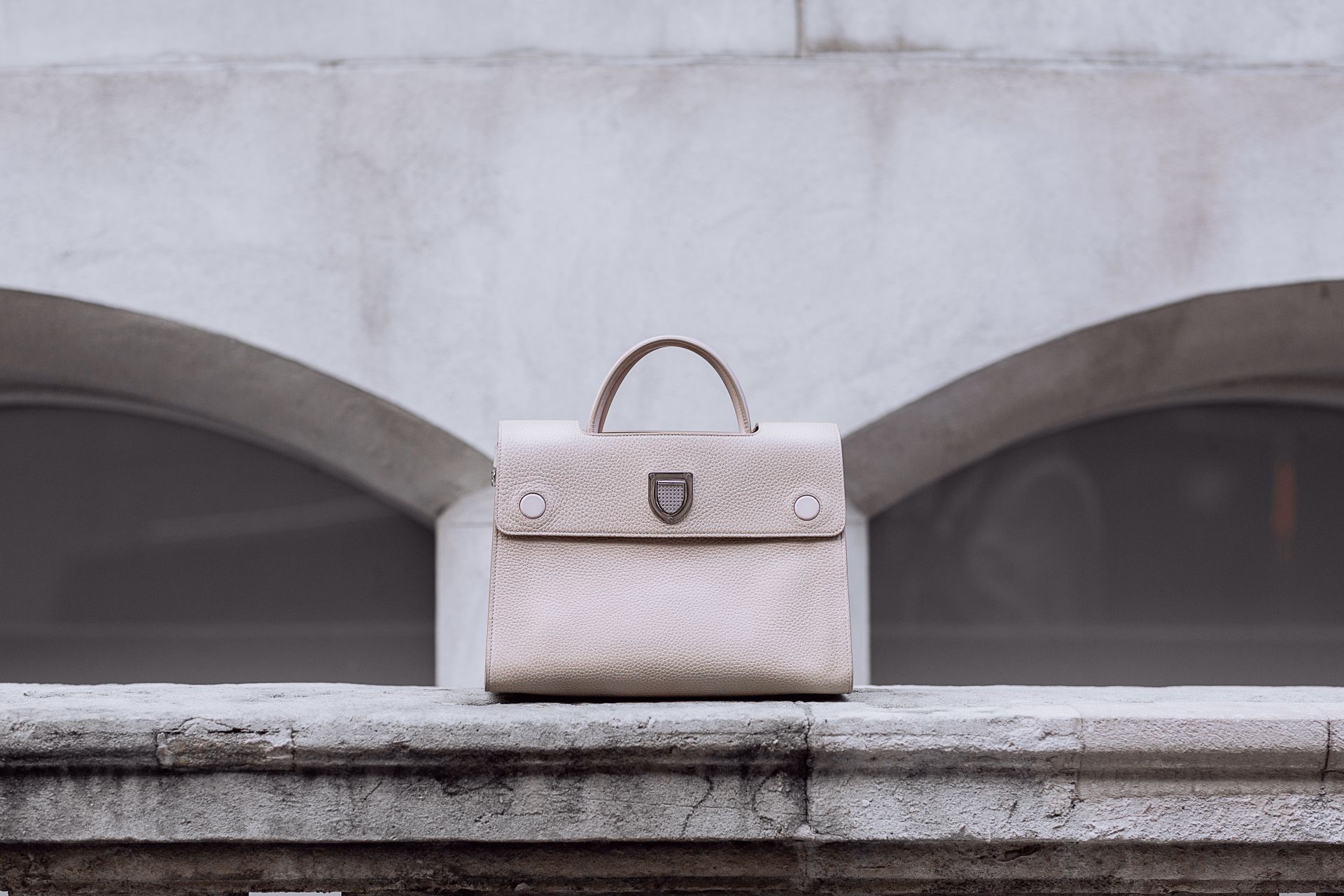 What do you want to achieve before you turn 30? What are some of the most valuable lessons you've learned along the way? How do or did you feel about turning the big 3-0?

View Post
I've got to be honest here, I thought  the title of the post alone would…

This website uses cookies to improve your experience while you navigate through the website. Out of these, the cookies that are categorized as necessary are stored on your browser as they are essential for the working of basic functionalities of the website. We also use third-party cookies that help us analyze and understand how you use this website. These cookies will be stored in your browser only with your consent. You also have the option to opt-out of these cookies. But opting out of some of these cookies may affect your browsing experience.
Necessary Always Enabled

Performance cookies are used to understand and analyze the key performance indexes of the website which helps in delivering a better user experience for the visitors.

Analytical cookies are used to understand how visitors interact with the website. These cookies help provide information on metrics the number of visitors, bounce rate, traffic source, etc.

Advertisement cookies are used to provide visitors with relevant ads and marketing campaigns. These cookies track visitors across websites and collect information to provide customized ads.

Other uncategorized cookies are those that are being analyzed and have not been classified into a category as yet.

SAVE & ACCEPT
Powered by chloédigital