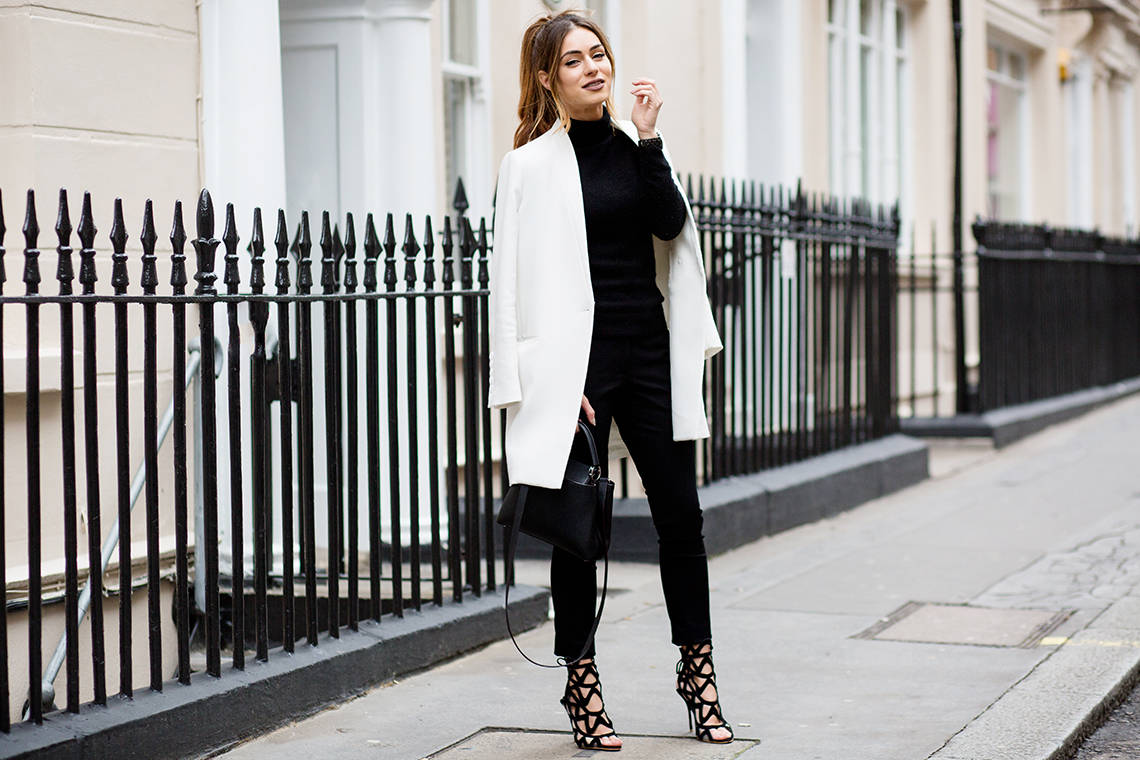 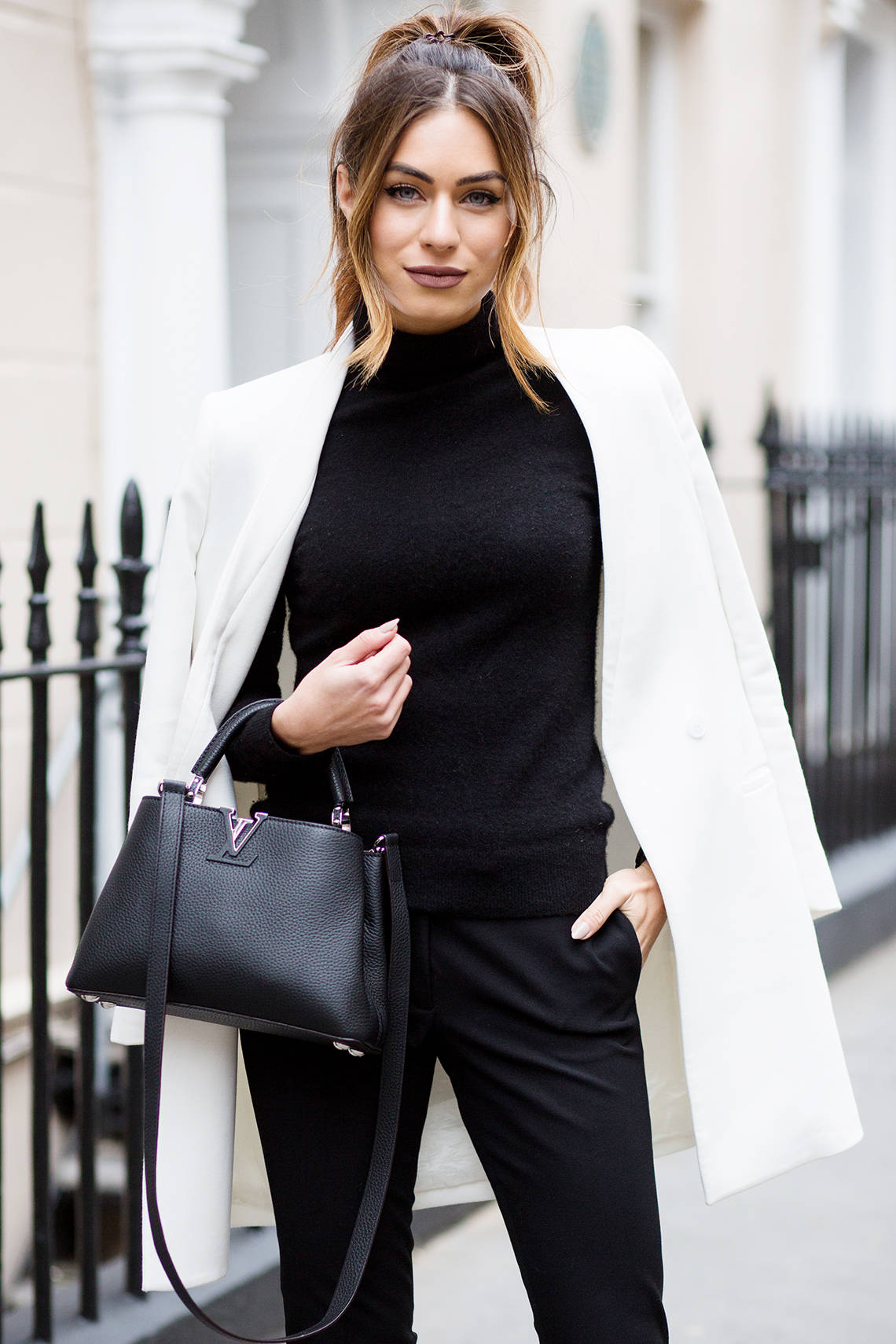 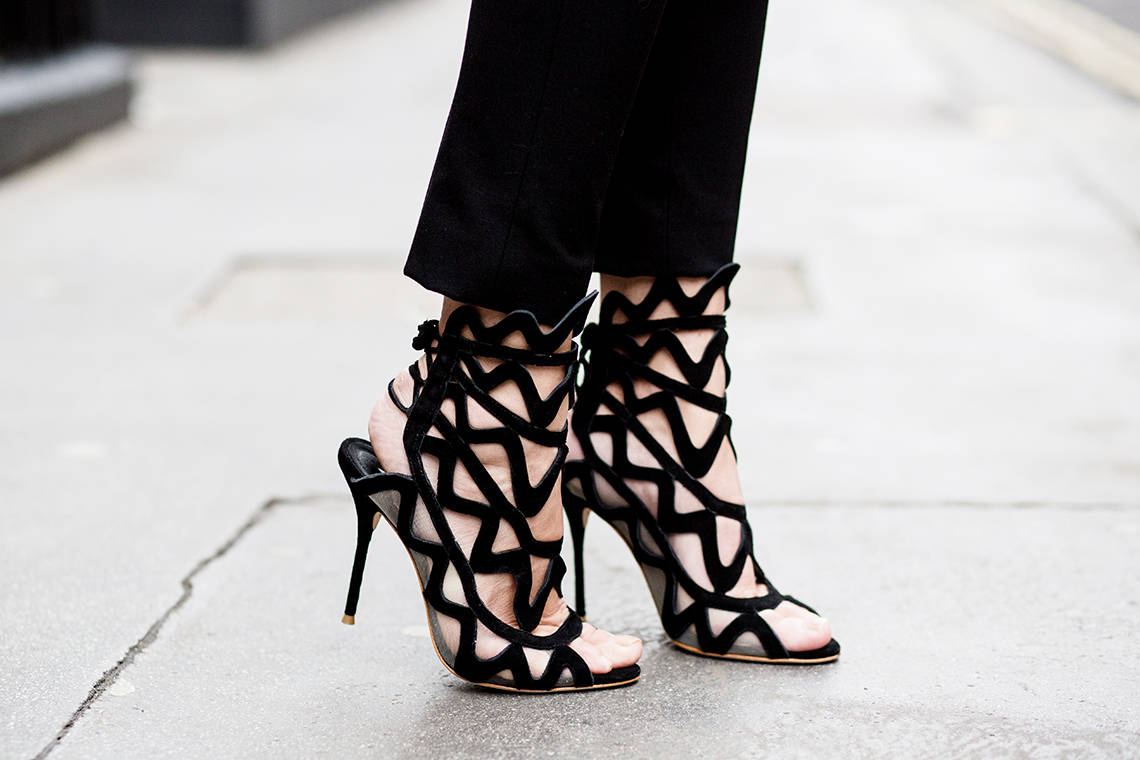 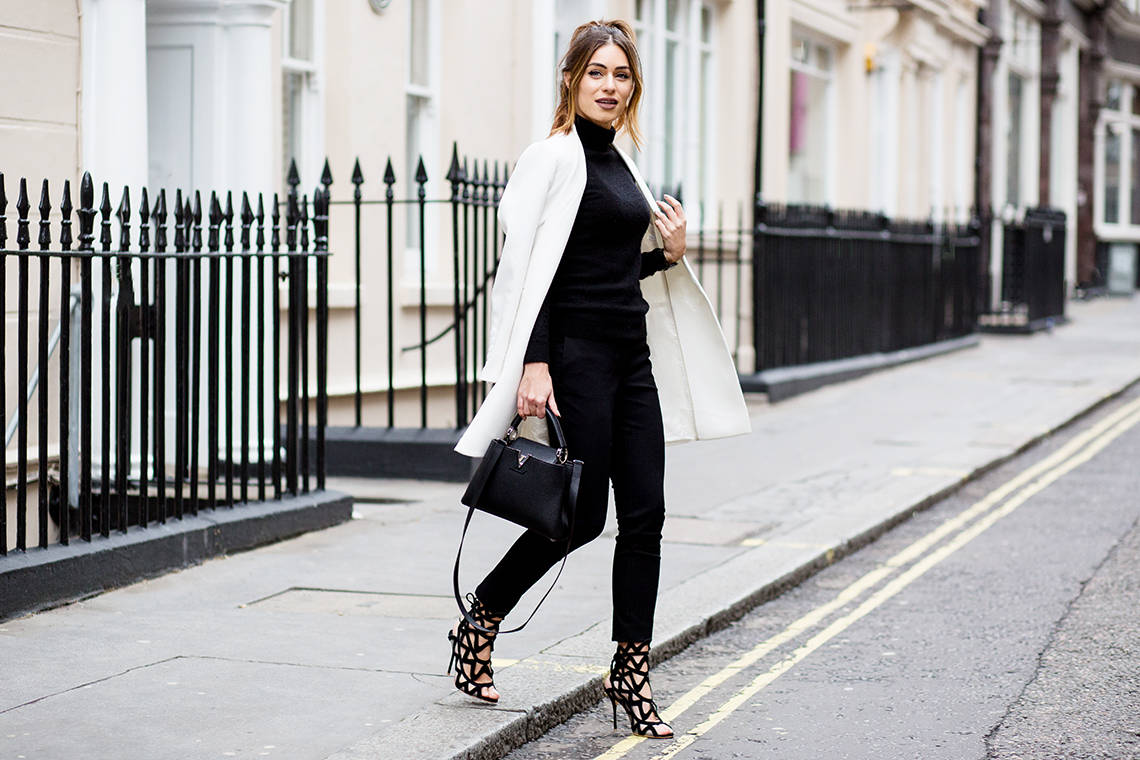 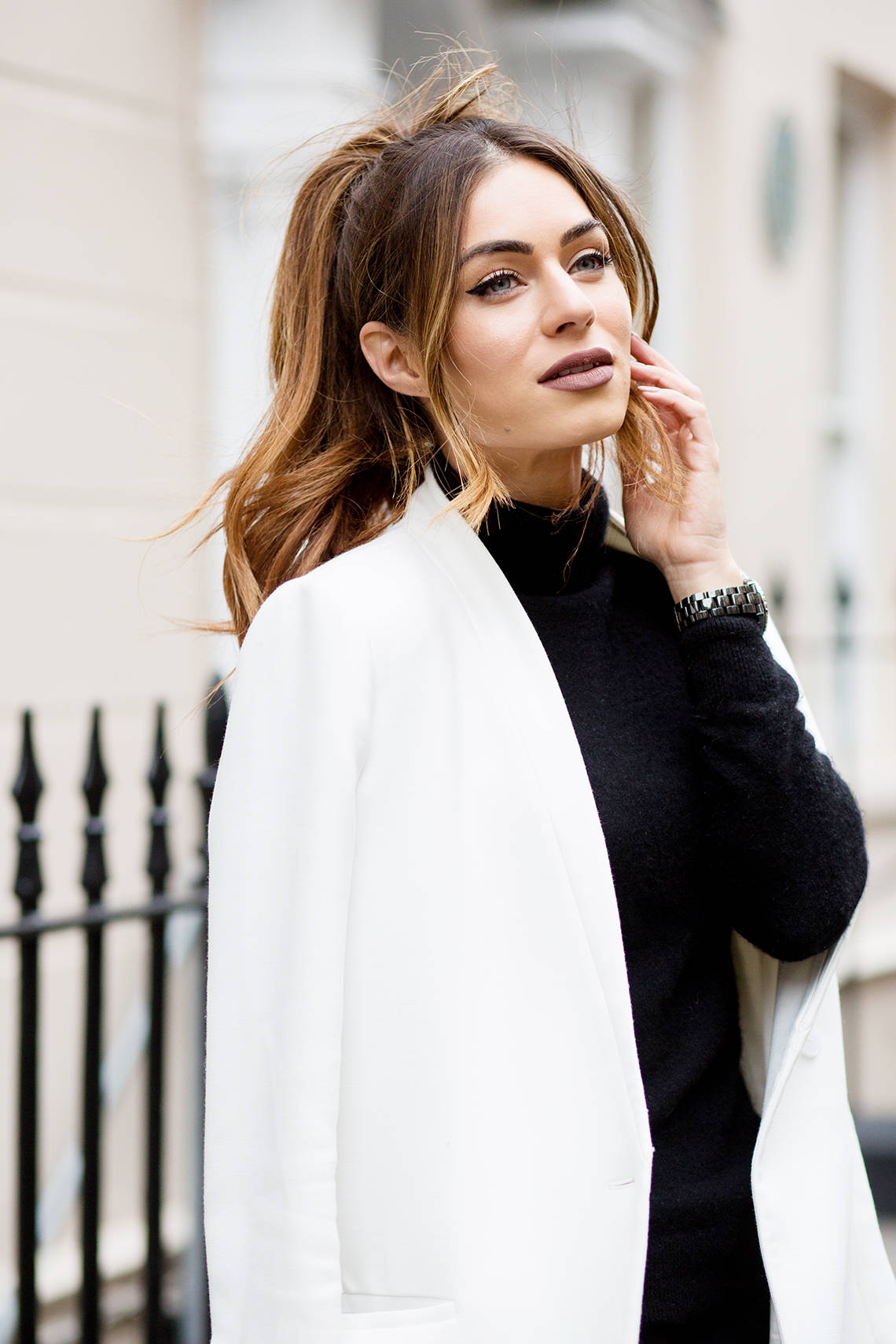 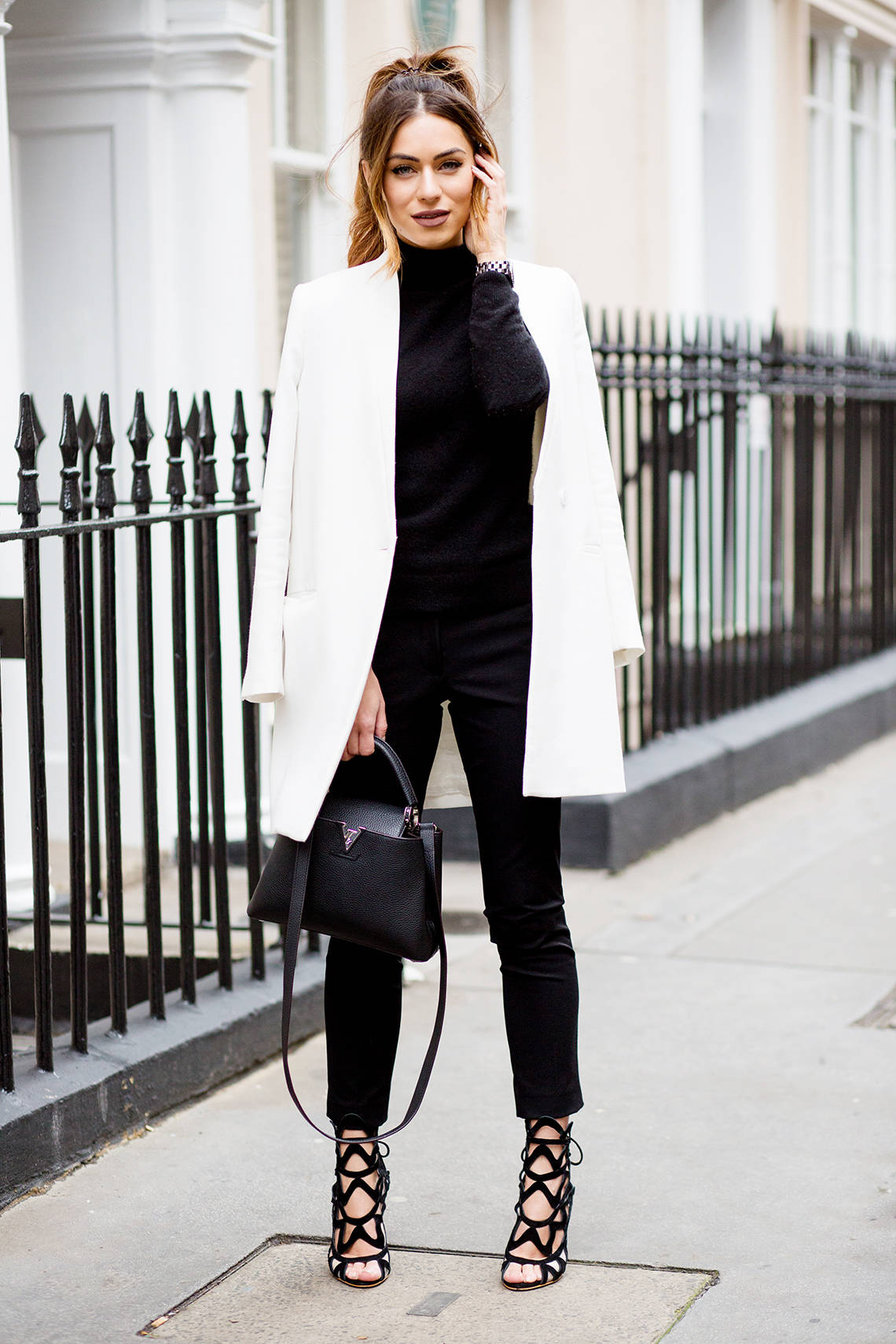 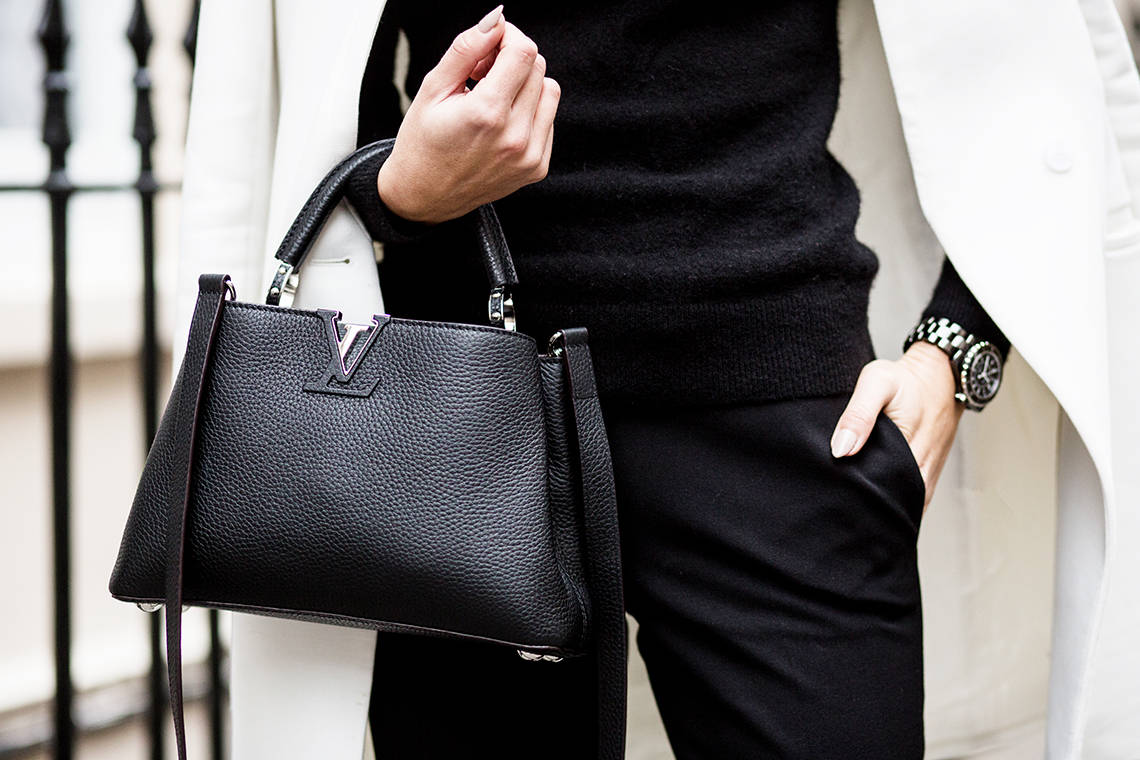 Tailored trousers are a new one for me and day two of LFW was my opportunity for them to make the debut. Possibly the most comfortable trousers I have ever owned they were a welcomed contrast to the restrictive leather of day one. I purchased them a few weeks ago after a chance encounter with the Joseph store on Sloane St. So perfectly tailored and comfortable I bought a range of colours, if even just to work from home in, without feeling like I might as well be in my pyjamas, although in these I really might as well be too.

I paired my new tailored favourites with more new favourites in the form of the Sophia Webster ‘Mila’ heels. Having wanted these for over a year now I finally took the plunge and in true Sophia Webster form, they demand attention wherever they go and with this outfit I allowed them to take centre stage by keeping the cut clean and simple.

Thank heavens I opted for a ‘lived in’ pony tail look to withstand the very best of London’s miserable weather. 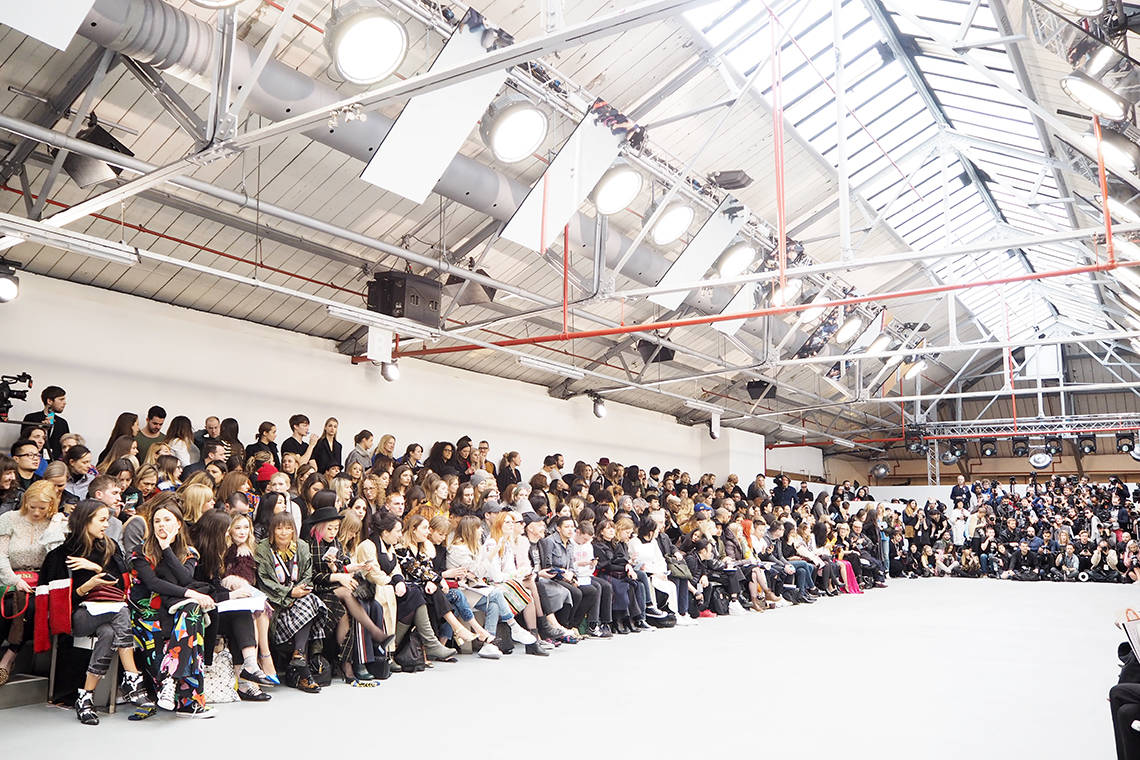 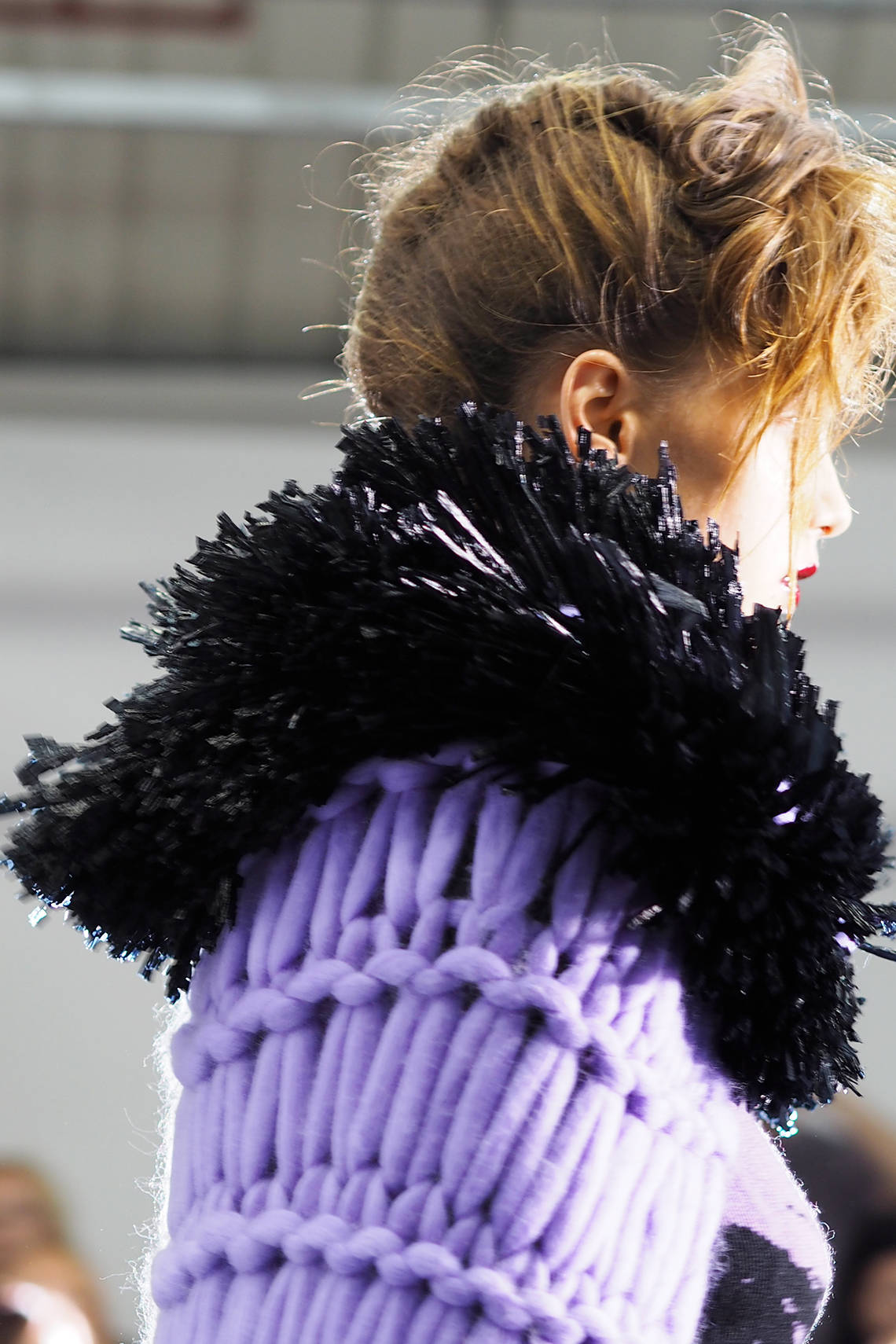 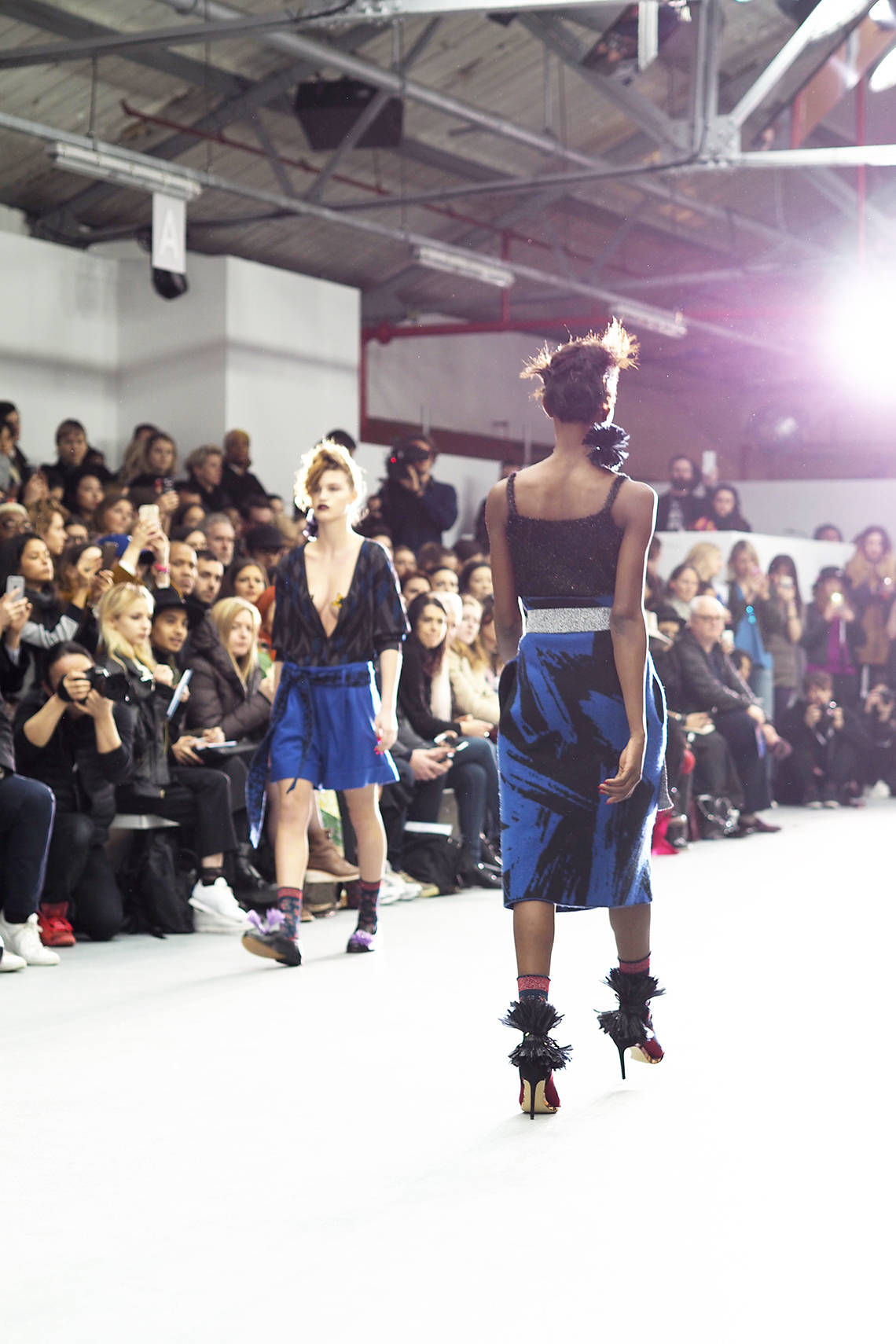 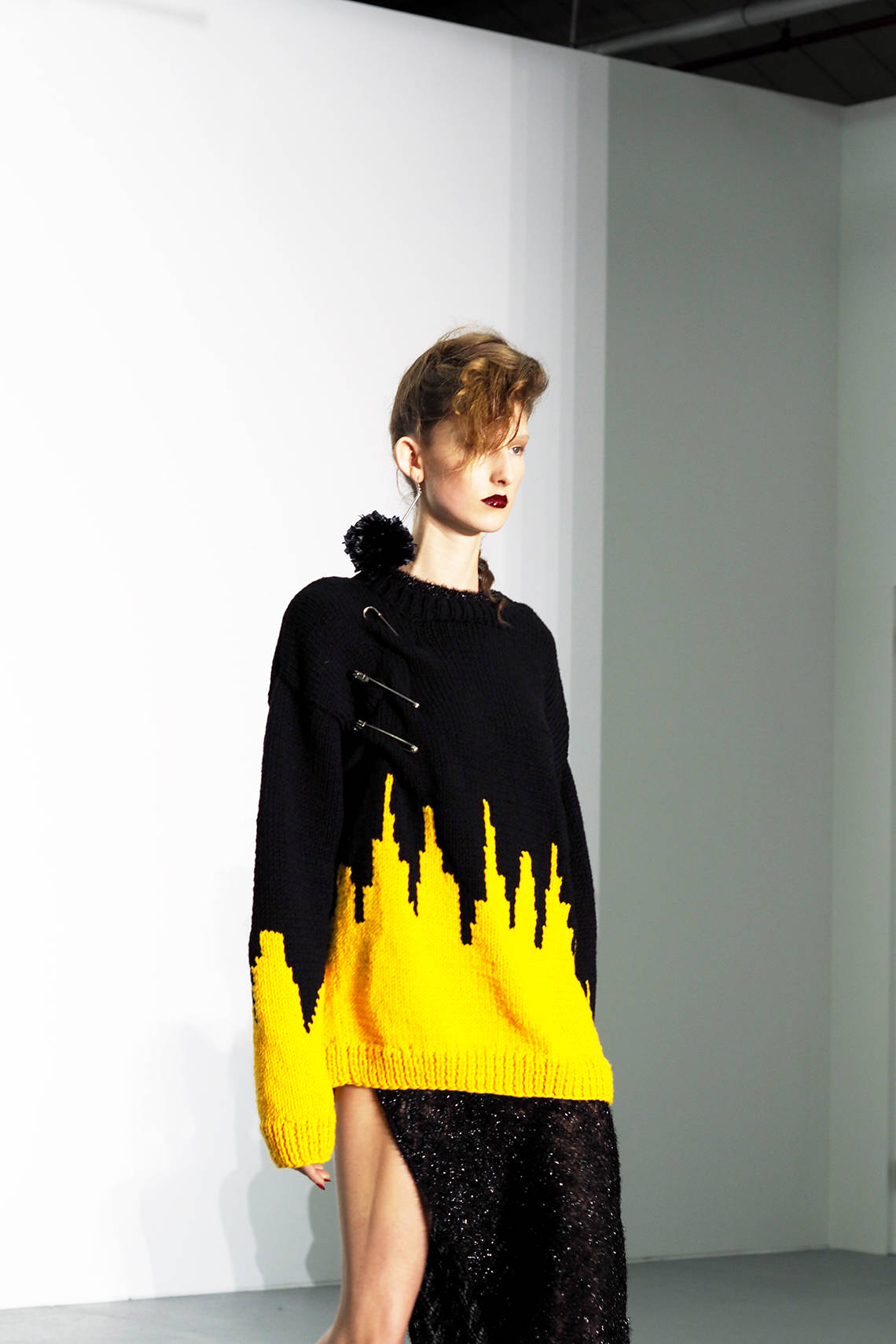 The AW16 Sibling show saw sombre faced models walk the runway with fun and colourful knitwear pieces with pom poms and glittery socks to match. The hair, provided my Toni & Guy was a twisted “second day” retro inspired look paired with a bold lip and little else. Lessons on to wear coloured oversized knits a plenty and second day hair is obviously the best hair. 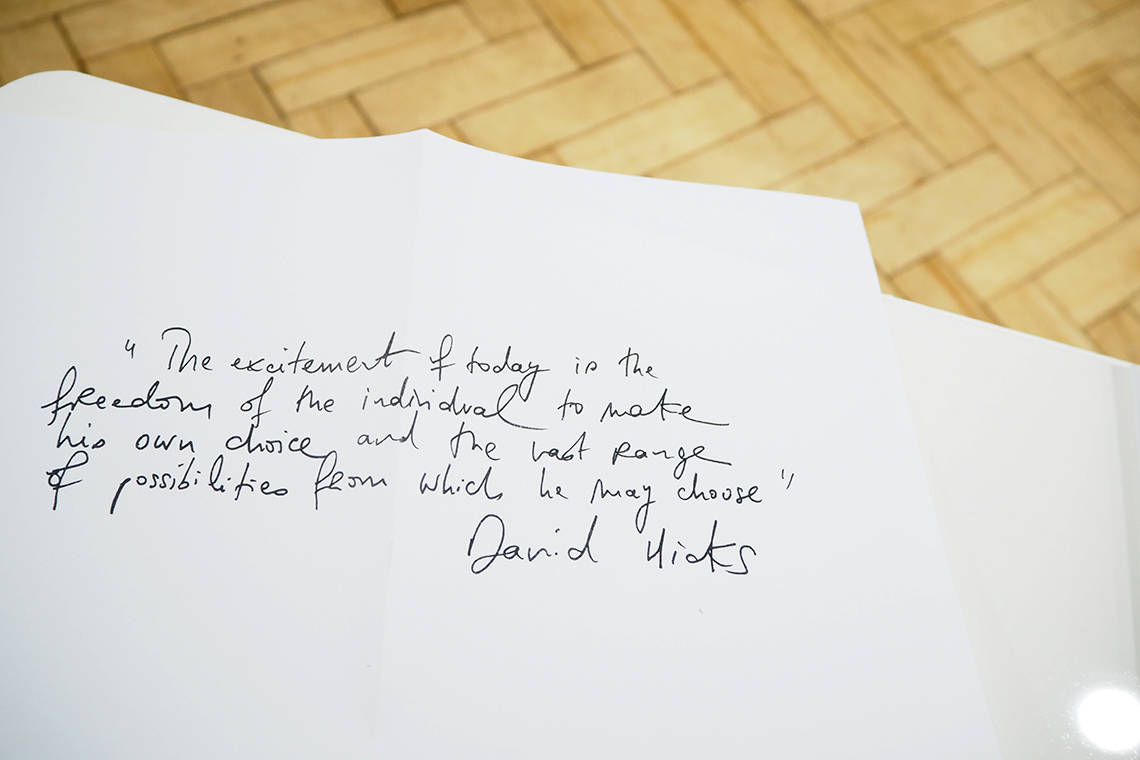 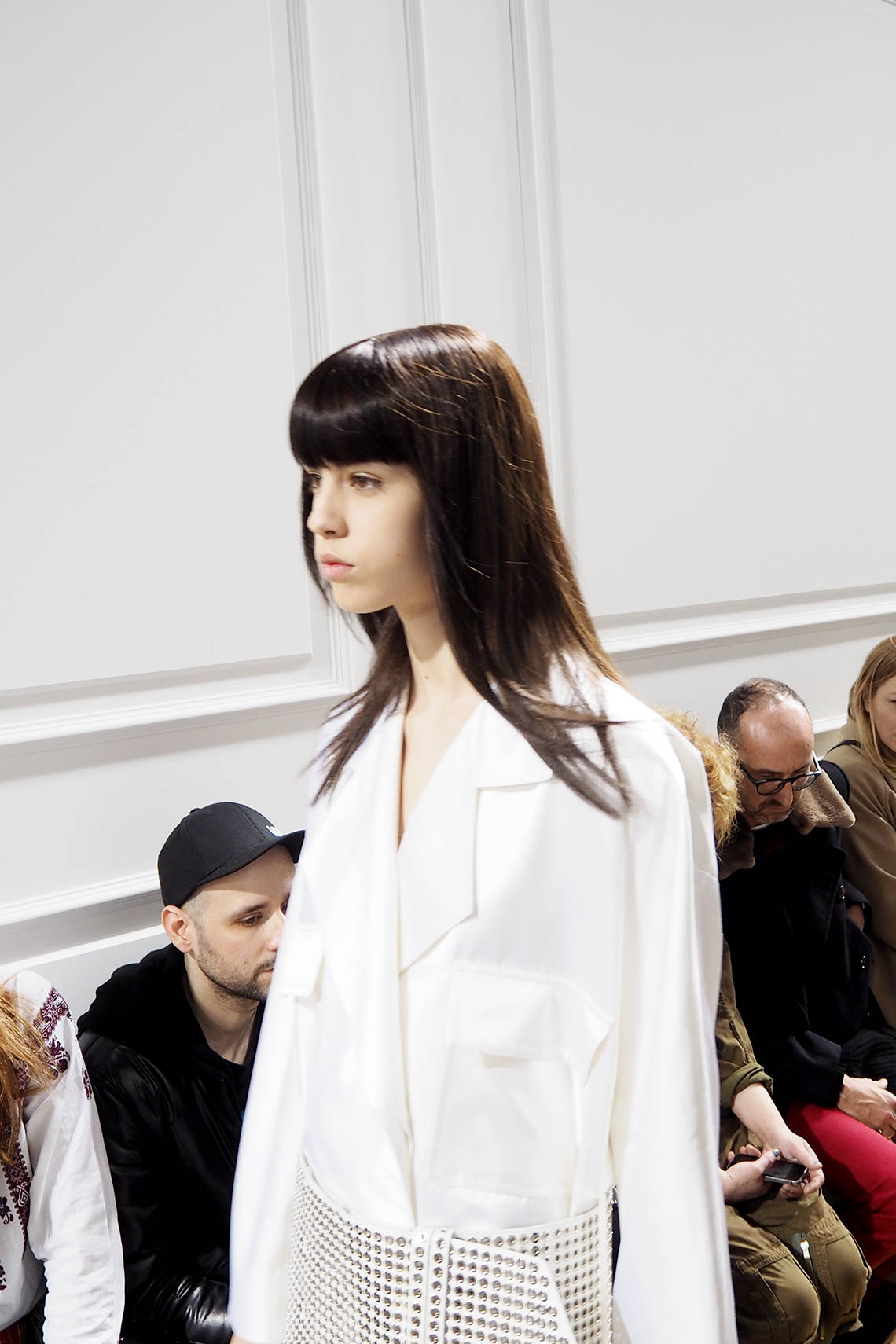 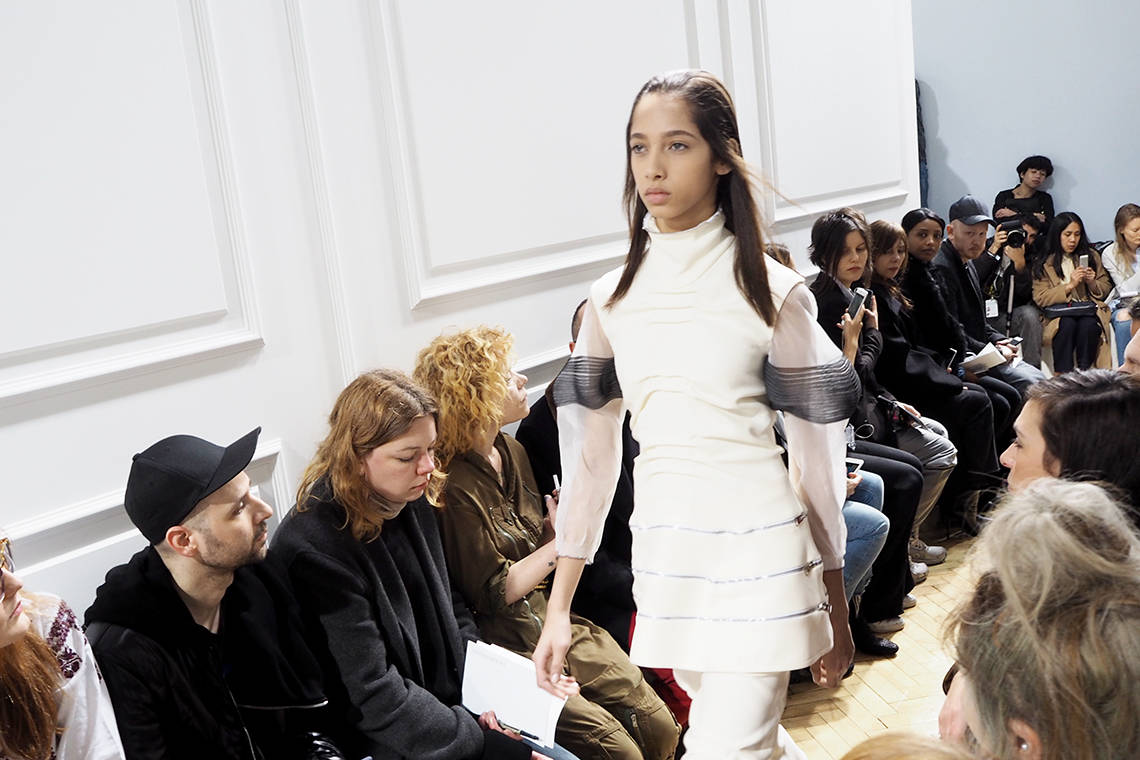 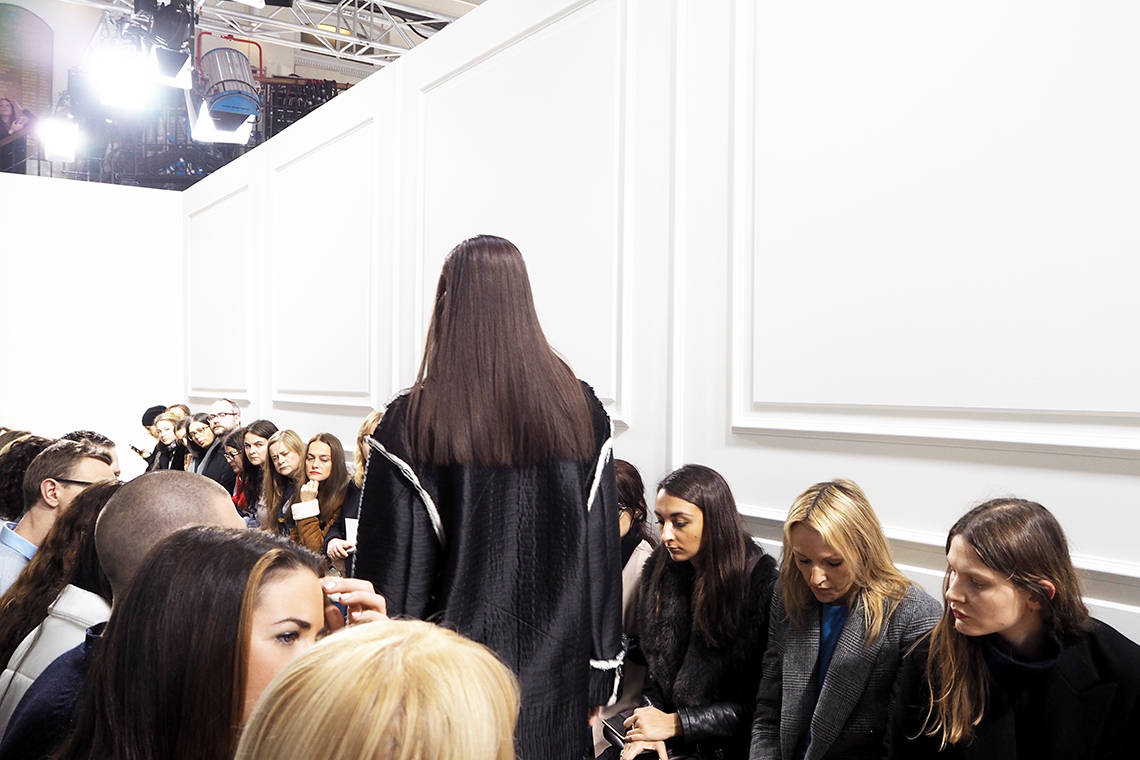 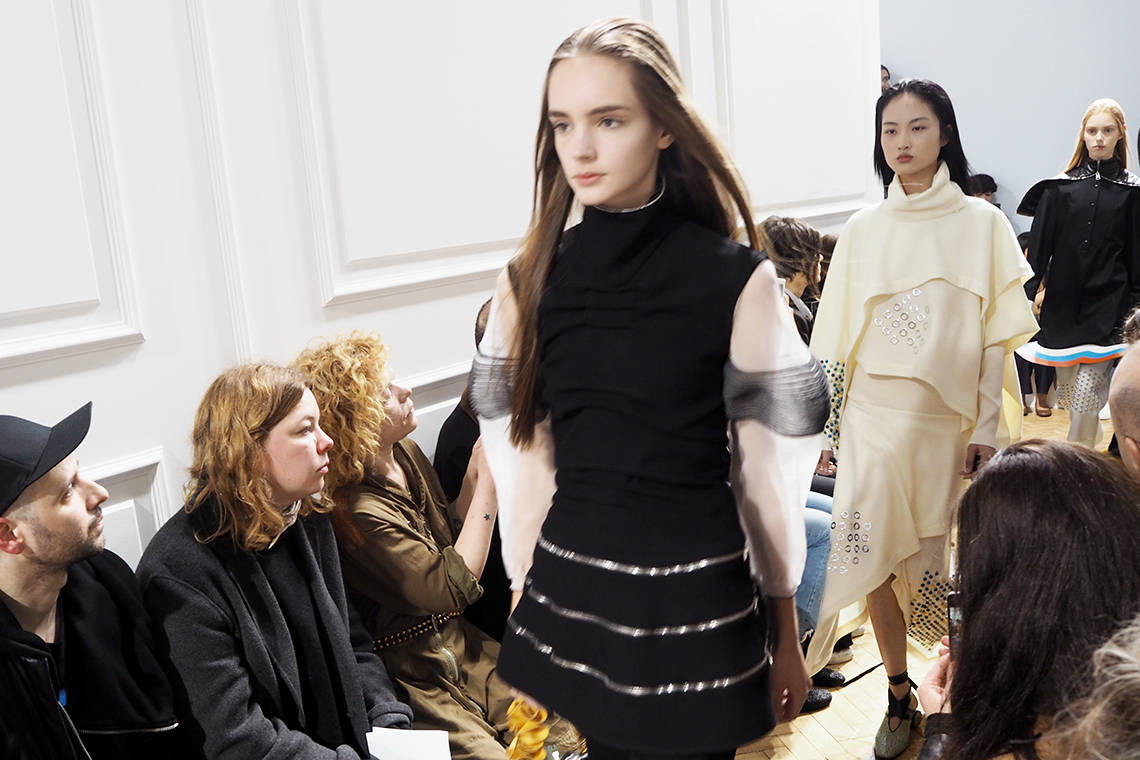 Having watched JW Anderson pick up both Mens and Women’s wear designer of the year at the British Fashion Awards I was eager to see what this collection would have in store for us. With a Multitude of textures from suede to scalloped hems the pieces appeared to float down the catwalk. The hair by L’Oreal Professional was ‘Other-worldly’, worn soft, virgin like and pushed back from the models face using Pli, Volume Riche and Mythic Oil. The make-up appeared bare and flawless.

This website uses cookies to improve your experience while you navigate through the website. Out of these, the cookies that are categorized as necessary are stored on your browser as they are essential for the working of basic functionalities of the website. We also use third-party cookies that help us analyze and understand how you use this website. These cookies will be stored in your browser only with your consent. You also have the option to opt-out of these cookies. But opting out of some of these cookies may affect your browsing experience.
Necessary Always Enabled

Performance cookies are used to understand and analyze the key performance indexes of the website which helps in delivering a better user experience for the visitors.

Analytical cookies are used to understand how visitors interact with the website. These cookies help provide information on metrics the number of visitors, bounce rate, traffic source, etc.

Advertisement cookies are used to provide visitors with relevant ads and marketing campaigns. These cookies track visitors across websites and collect information to provide customized ads.

Other uncategorized cookies are those that are being analyzed and have not been classified into a category as yet.

SAVE & ACCEPT
Powered by chloédigital