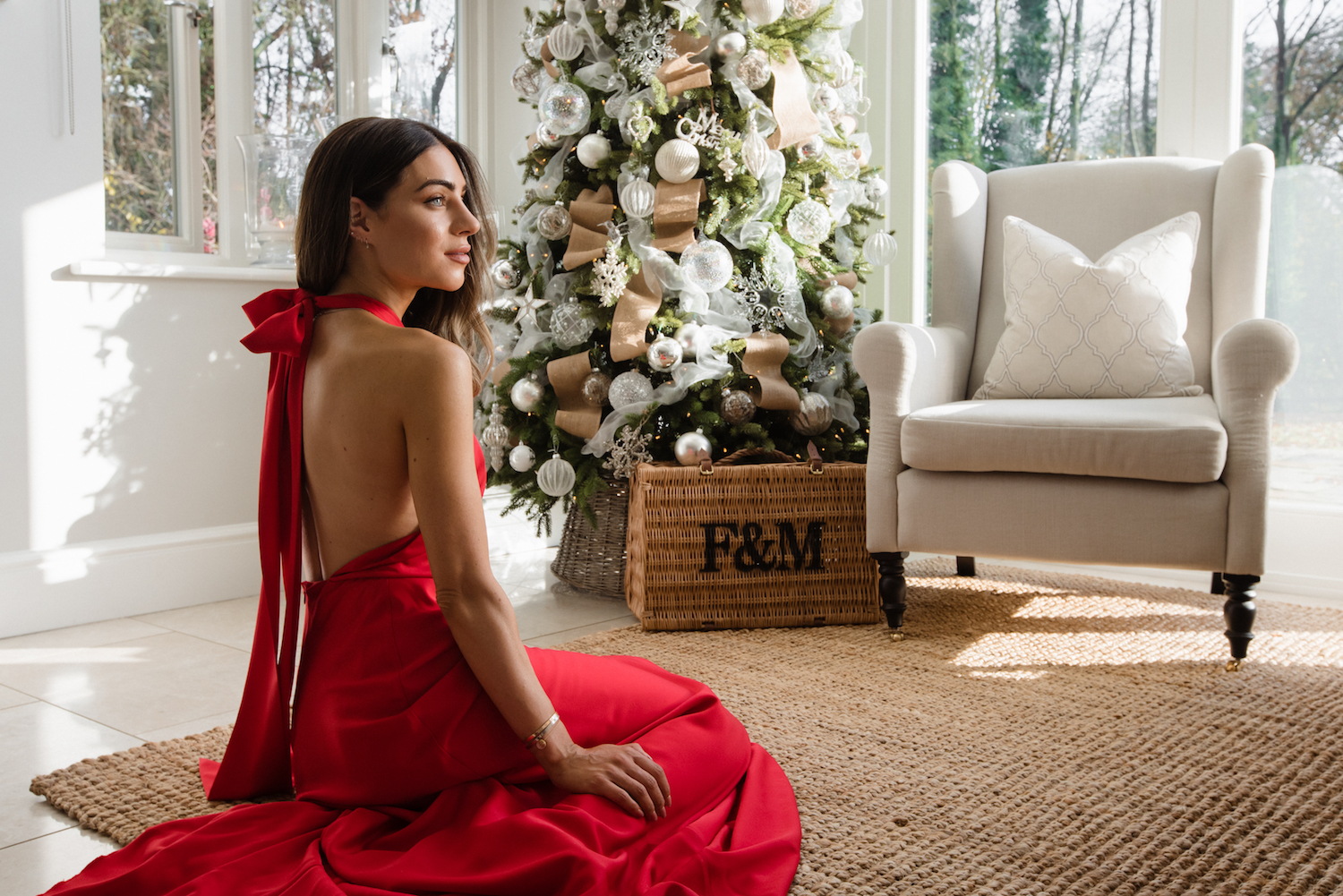 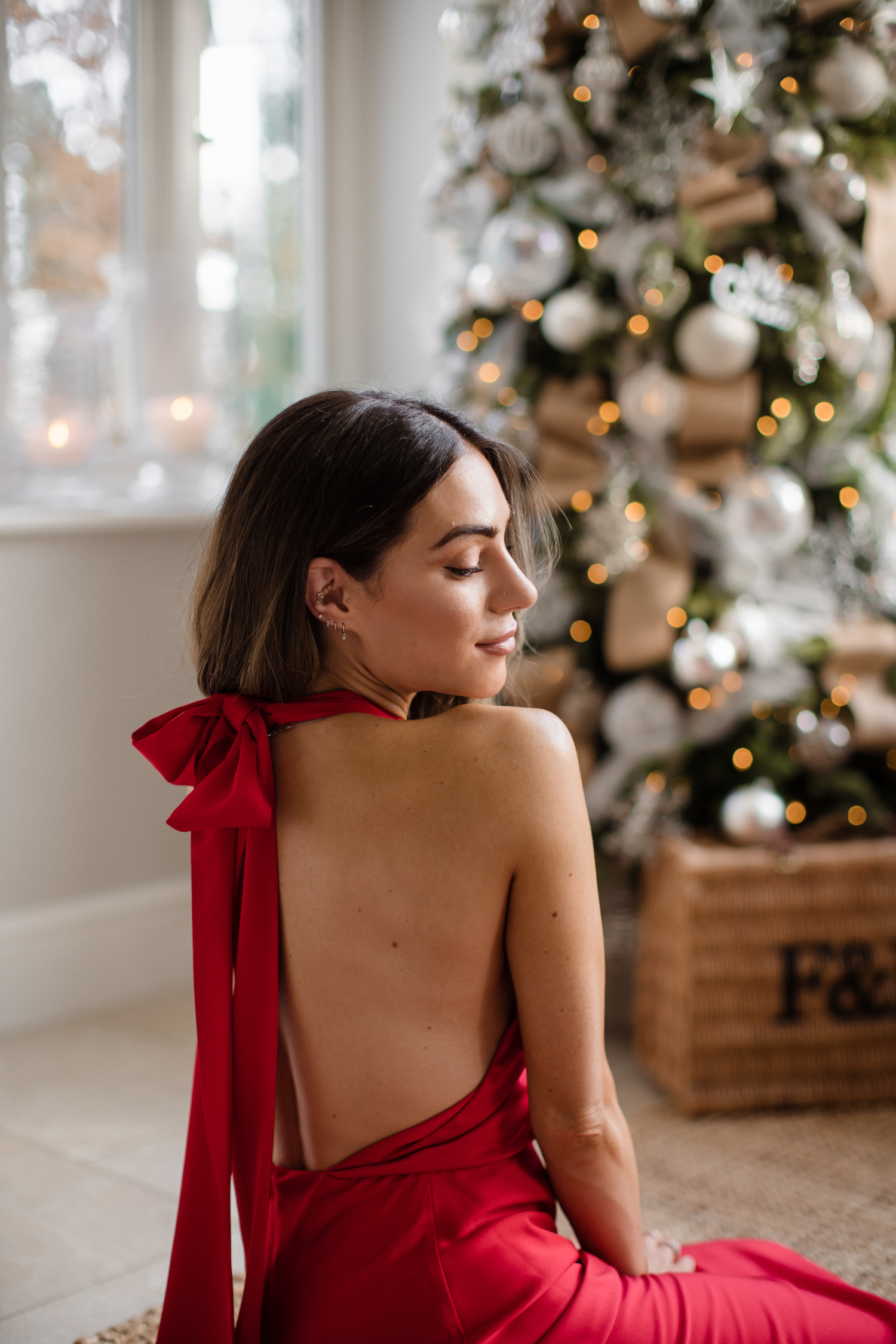 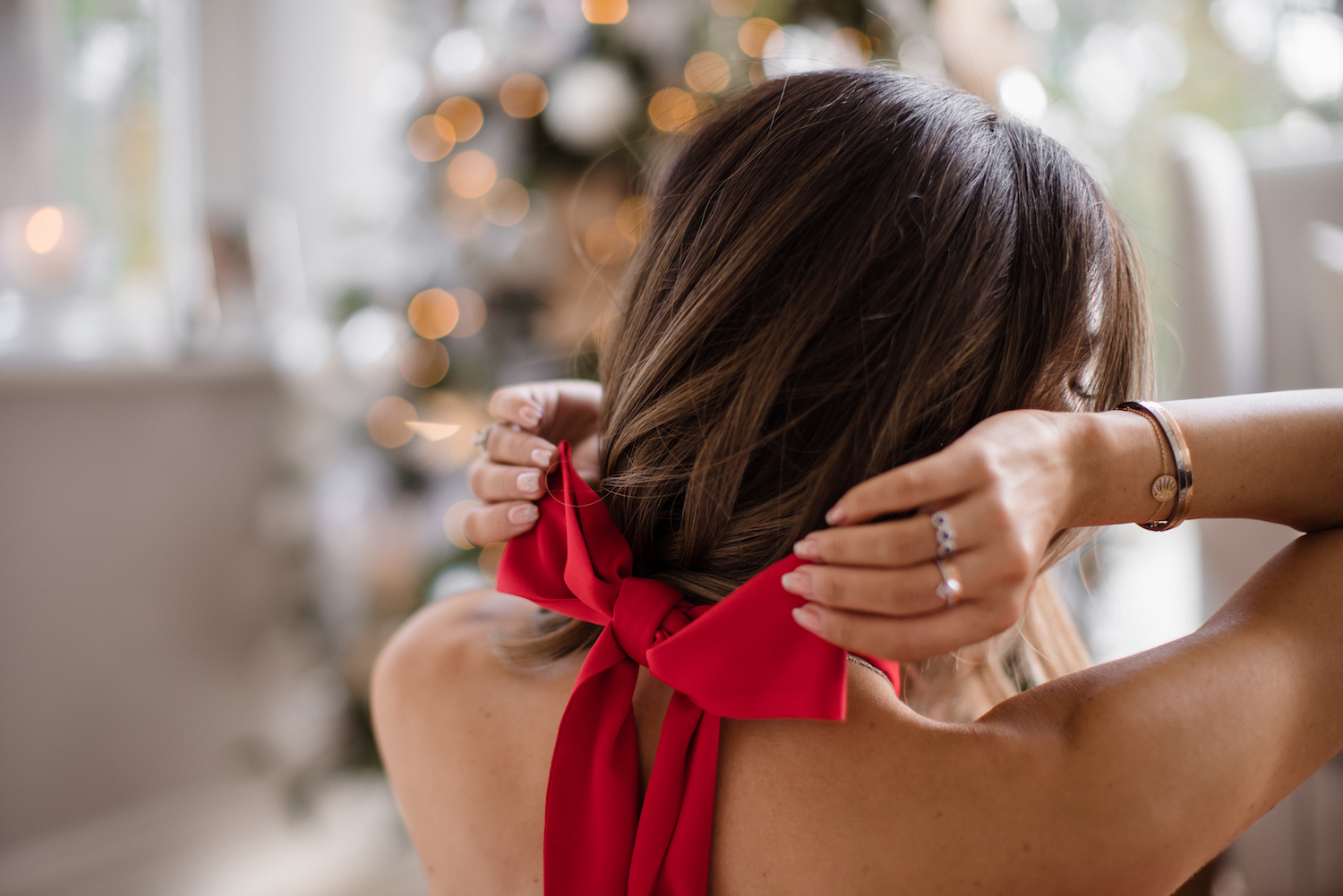 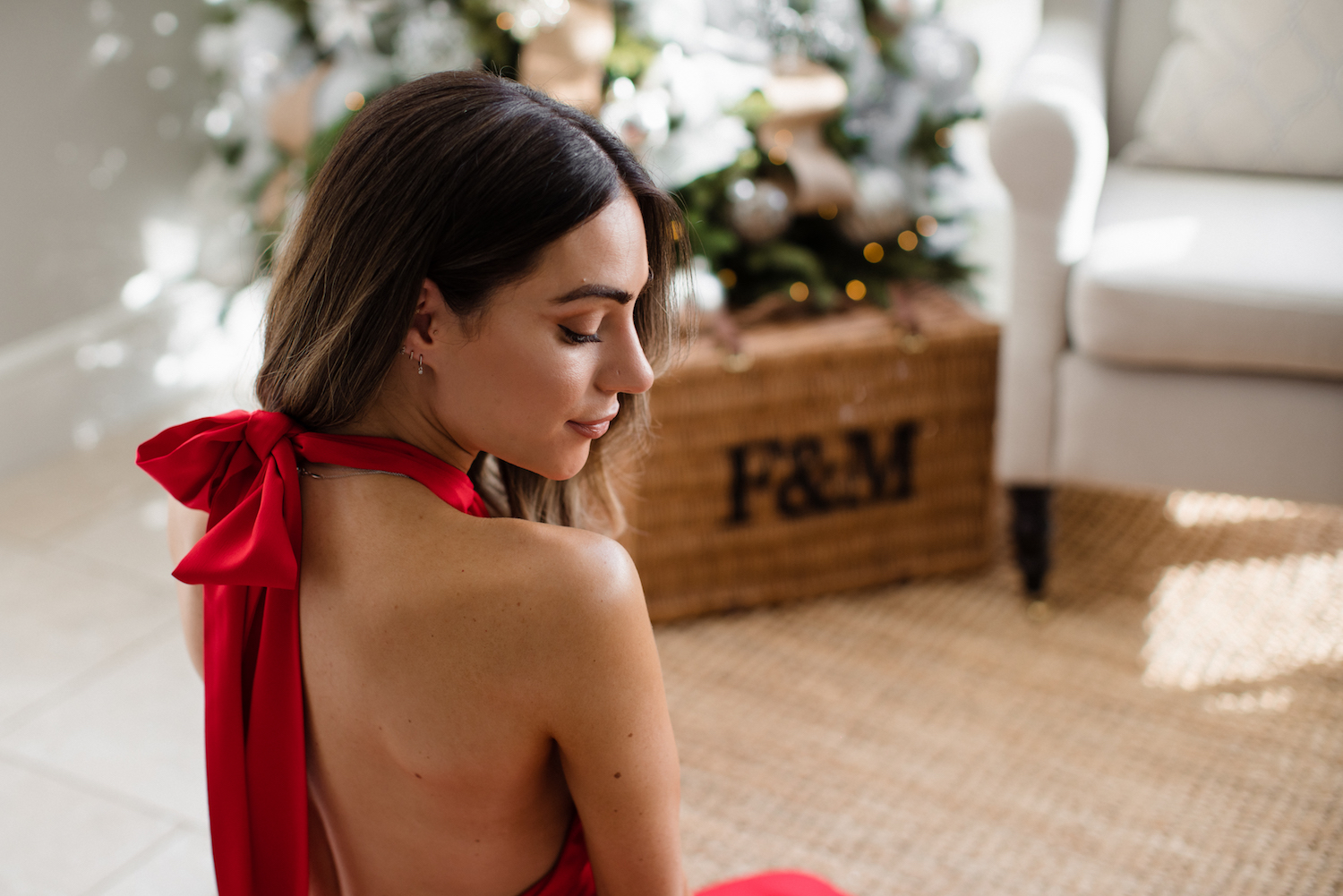 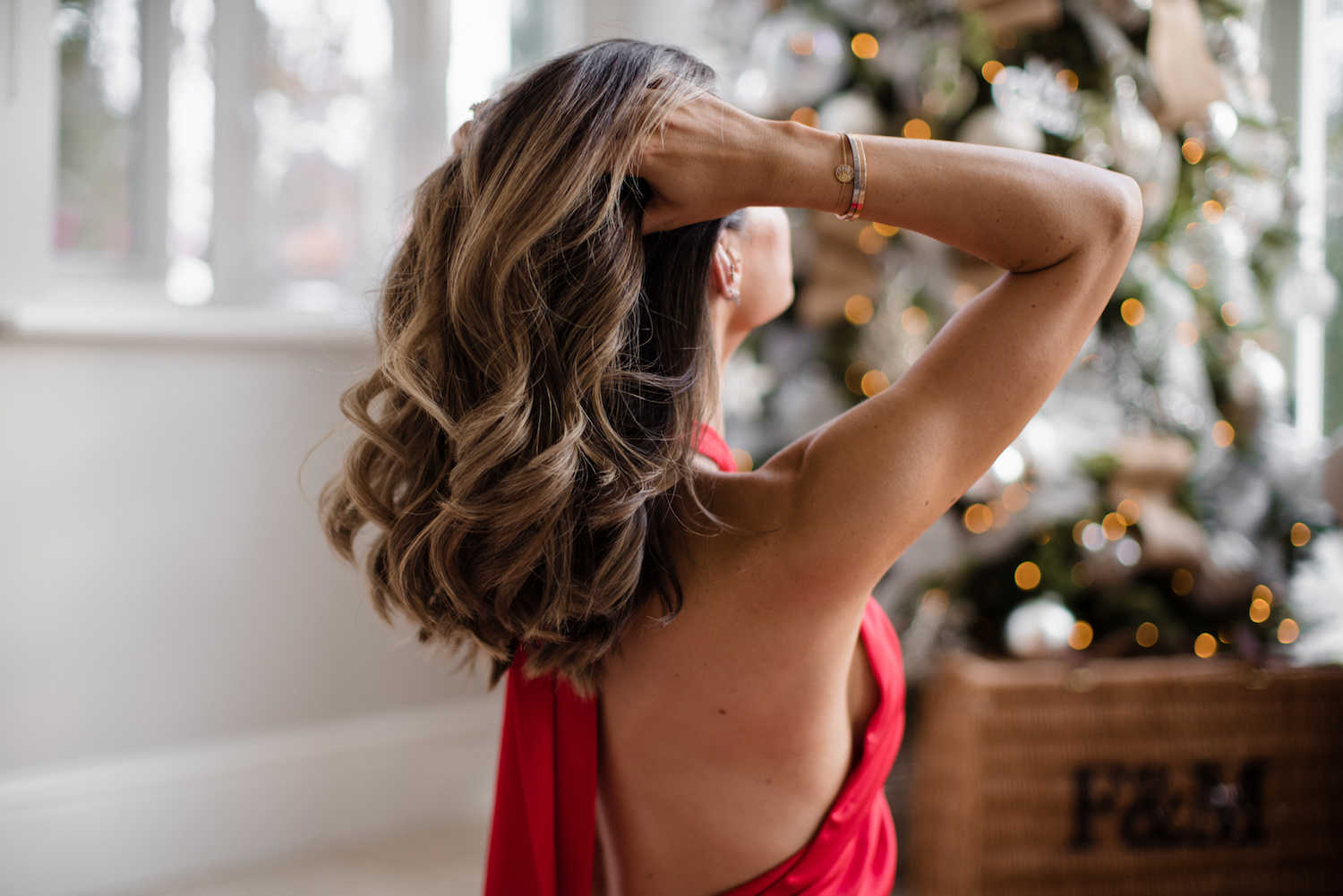 Up until 2019 I’d never suffered a real set back before, you know the kind of life event that appears to come from no where and completely knocks the wind out of your sails and derails everything of importance in a split second. I’ve always been the type of person whose pushing forward, striving for more and ticking achievements off my lists with glee but for the first time in my life all that ground to a rather abrupt halt on August 15th. I didn’t know how to move forward anymore because I was stuck in a never ending cycle of unknowing, loss, hope and guilt. Nothing could have prepared me for how long it would go on for and i certainly couldn’t have predicted I would still be dealing with the grief 6 months on. The fact that its been 6 months has the tears prickling my eyes like hot needles as they so often still do. The hope that was once a key phase of The cycle of emotions is gone and what remains is the heavy weight of loss, the anger of what happened and the guilt for continuing to live my life knowing he no longer gets to live his merged deeply with the overwhelmingly awareness of those whose losses, set backs and difficulties are far far greater than mine.

Except for work, which I scraped by on, everything stopped including taking care of myself and by November I was getting ill every 4 weeks, constantly lethargic, stopped exercising and my daily redbull had doubled sometimes even tripled. So I made some changes there and then instead of waiting until January 1st.

Despite the impending start of Vlogmas 2019 and thus the busiest month of the year, life actually improved. Following a B12 Injection I realised so many of the health issues I was having were down to a lack of care for my body. The lethargy I suffered daily no matter how much sleep I got disappeared, I haven’t been ill in almost 2 months, energy levels are at an all time high, heck even hangovers are more manageable rather than rendering me an incompetent dollop on the sofa and there’s even a chance its curbed the unbearable effects of my hormones as part of my cycle as well as the eczema i was getting on my eyes, although bear with me, thats still being monitored but I’m remaining positive.

So vitamins and supplements now play an important role in my daily routine because I’ve experienced the devastation it causes to your well being without them. However, It’s advised to speak to a healthcare professional to ensure you are supplementing the right vitamins for your bodies needs before taking anything

I introduced more self care to my life and intend to introduce more now that we are in 2020. Before Christmas I was having weekly reflexology appointments at Spring Reflexology which was initially supposed to be monthly but they helped me so much we decided on some intensive sessions before Christmas and I intent to continue my Friday evening sessions twice a month preferably around the end of my cycle for maximum impact in that area but that aside, the regular sessions also put me into a state of pure relaxation after a week of work ready for the weekend. Its half of a 2 part Christmas gift to myself, the other half is a little indulgence twice a month with a GrandLuxe facial at Dermaspa one week, I experienced this before Christmas just as I was finishing up for the year, so didn’t get to tell you about it but it was incredible I’ve not needed to wear foundation for the majority of the holidays and opted for my beloved Laura Mercier Tinted Moisturizer in Tawny for NYE celebrations. And for the final part of my new indulgent self-care routine for 2020 is monthly massages because I’m hoping I’ll be getting back to regular workouts again and thats my little reward if I do.

I hadn’t worked out in 6 months, I thought it was about 4 but just counted for the sake of this blogpost and it had been a lot longer, damnit! But on Friday 27th December I got my butt up at 7am and on the spin bike for 15 minutes before heading to a 45minute meditation class, an hour long strengthening Yoga class and finally allowed myself to enjoy it all again, I’ve managed 2 further half hour at home spin classes (using the Les Mills app) followed by 2 half hour at home Yin Yoga classes (using this video by Boho Beautiful) with another 1hr 45mins of Yoga and Meditation tomorrow at my Studio. I’m starting to note the days I work out and not beating myself up when I don’t get at least 45minutes on the bike. For some reason my brain operates with a very “all or nothing” rationale which I’m actively trying to stop so will be accepting and embracing the days I only get 15mins on the bike so that I don’t completely give up before I’ve had a chance to get a 45minute class in. Time to congratulate the small wins, embrace the workouts that benefit the mind and not just the aesthetics. Time to enjoy endorphins again.

I’ve also kicked my morning redbull ritual which is more liberating than any benefit I’ve experienced as I think more than anything it was all a placebo effect that I clung to like a crutch when I was experiencing severe fatigue. I’ve replaced it with a fresh Lemon and Ginger tea in the morning which I think I actually prefer and I make myself at home using all fresh ingredients you can read more about that here. More veggies and more water will also be a big part of 2020!

In my life, if I’m working every hour under the sun, when others play, I’m not doing it right. My mantra has always been work smart not hard and I’ve gotten better over the years with boundaries as well as work/life balance. But the last few months it feels as though I lost it all. I thrive from progression, I love learning how to better my life and Audio Self Improvement books are a huge motivator in my life. I’ve done a lot more sleeping recently and lost my 6am routine with every attempt to get back on it resulting in failure and just I couldn’t understand why. So I’ve started off by writing down my schedule for each morning as suggested in my current book of choice, The Sweet Spot. Planning my mornings ensures I know what I’m working towards, meaning I don’t wake up in the morning when I’m still half a sleep, trying to work out what I’m supposed to do next, It’s all handily written down in my 2020 Planner for me. Routine is something I crave but when your job has no routine, you have to create that structure yourself with forward planning. Writing everything down also frees up space in my brain which I often complain of feeling like I haven’t got. So here’s to more books, more writing and better routines in 2020 and as I settle into them more I hope to write a lot more about it here.

Professionally I actually have a lot going on in 2020 with launches and new businesses firmly in the works, some of which I’ve been working on and developing for almost 2 years. I’ve had to learn a lot and I felt out of my depth more often than I care to admit along the way but I guess that’s how I felt all those years ago when I quit my job to go full time with LydiaEliseMillen.com so I’m learning to embrace the fear and unknown a little more and take the risks. You learn as you go and expand your skills and knowledge and build strong teams of people who carry your vision forward with you. But with all these new ventures I actually intend to have more time away from work, this time of year always teaches me how important family time is, so I want a hell of a lot more of that in my life this decade.

Well that turned into one big ramble of a  life update but I’ve spent a lot of time thinking over the holidays and had to much to tell you that I’m excited to come back refreshed. There’s a new blog layout in the works to make everything easier to navigate and lots of content to come on Youtube this week as well so we will be all caught up!

What have you all been up to over the holidays? What changes have you been making for 2020? I love hearing all about lifestyle changes, positive resolutions and growth others are hoping for so please do let me know in the comments below!